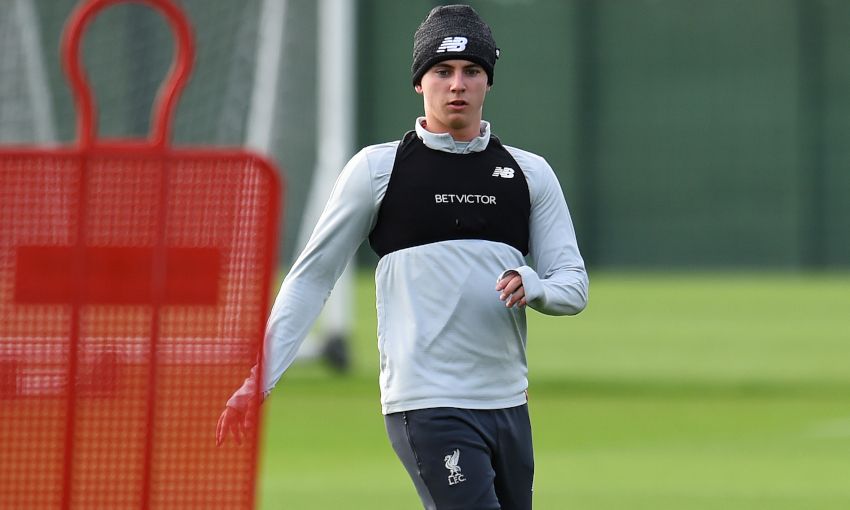 Jürgen Klopp admits it's possible Ben Woodburn may head out on loan again in the near future.

The midfielder returned to Liverpool from a temporary spell with Sheffield United earlier this month – and also resumed full training on Friday following a knock.

Klopp confirmed there is interest from other clubs in a short-term deal for Woodburn, but it has to be one that suits all parties if the manager is to agree to allow him to depart once more.

Asked about the plan for the 19-year-old, the boss told Liverpoolfc.com: “We have to see. There are a couple of clubs interested, but to be honest if these clubs don’t give me the guarantee that he will play, there is absolutely no reason from my point of view to give him on loan.

“When we give players on loan, we don’t want to make them ready for life outside because that’s what we can do as well. We want to give them the opportunity to play football and for playing football you need to fight for your place, but that’s what they learn here as well. You don’t need to give them on loan so they learn this.

“Football is, in parts, a ‘dirty business’ and people really forget immediately – if you have two or three games and are not that convincing, people think ‘oh, he lost it’ or whatever. Ben Woodburn is an outstanding talent, still pretty much a kid, and I am happy to see him here, running around, completely fit and really settled in the squad. He was that before.

“In the summer, I think he lost a bit of patience and it was really long he was already with us. The first-team situation didn’t really change and then you maybe – and it’s normal and can happen – lose patience. Then you have a rather average experience at another club and you come back and see here everything is still like it was before.

“Now he trained [on Friday] for the first time so I think if something happens with a loan, then it will happen at the end of the week. We will really try to give him as many sessions as possible so if he goes somewhere, he is really in a good situation.”

Klopp highlighted the experiences of Harry Wilson at Derby County and Ryan Kent, who is currently with Glasgow Rangers, as good examples of the benefits the loan system can bring.

“Since I came in, people told me we should give Harry Wilson on loan,” he said. “Then we gave him on loan last year. That’s how it is. For me, it was a bit too early sometimes, but now he is there at Derby, is obviously ready and that’s brilliant.

“Now he is at Glasgow Rangers and that works really well because Ryan is a fantastic football player and still very young.

“They can go somewhere, they can succeed there, they can fail there, they come back and we judge the situation new and we will stay by their side and try to make the best for them. Maybe not all of them will have a career here, now or in the future, but then they need to have the best career they can have at another club because of the education they got from Liverpool.”