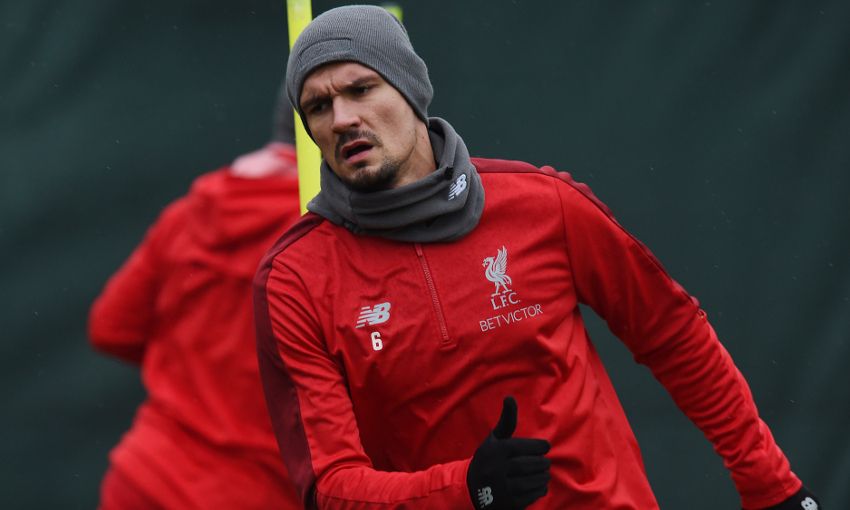 Liverpool were back at their West Derby base this morning following a short training camp in Dubai, with a double session planned for the squad.

Van Dijk and Fabinho were absent due to illness, though their lay-off is expected to be brief - and the Reds’ ranks were bolstered as Lovren stepped up his recovery from a hamstring injury.

Elsewhere, Woodburn and Hoever also returned to training after knocks.

Klopp told Liverpoolfc.com following the day’s first session: “Dejan is important. How it looks at the moment, we came through our centre-half ‘crisis’ at least.

“The boys did brilliant, but of course Dej before he got injured was in fantastic shape. It was not too long obviously, which is good. Joel, thank God, is back.

“He was in fantastic shape before he got injured and now showed already again that he is still the same player, that’s good and hopefully it stays like this. It’s very important.

“[A couple of players] are ill. So, that’s the weather change, little things. No, it’s nothing we have to be too concerned about.” 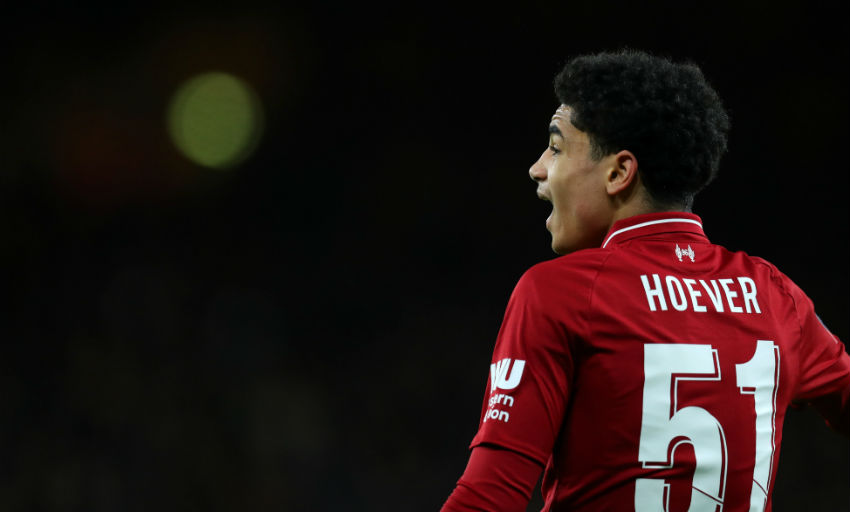 Klopp admitted he was delighted to have Hoever available again to take part in the day’s training sessions after a minor groin injury.

The defender, who turned 17 this month, followed up a first-team debut as a substitute at Wolverhampton Wanderers with a red card in an U23s encounter with Brighton & Hove Albion at the Academy on January 14.

“It’s good news, absolutely,” Klopp said. “Ki-Jana suffered a bit, not from the Wolverhampton game but I think it was a bit mentally stressful getting a red card a few days later [for the U23s].

“I watched the game and I’ve never saw a red card like this. It was not a harsh tackle. It was – if [anything] – a bit clumsy, if you want. But it was for sure not last man, not a goalscoring opportunity. I really felt for them and for him. He is 17 years old and then he got such a knock.

“The next day, because he only played 15 minutes, he could train with us. After he trained with us, he had a little groin problem. Psychologically, he was affected.”

Liverpool jetted out to Dubai immediately after the 4-3 victory over Crystal Palace at Anfield last weekend.

Klopp admits it’s ‘too soon’ to determine whether the warm-weather training will have a positive benefit, but it was an opportunity he was keen to take.

He explained: “We will see [how important it was]. We had the opportunity to do it and that’s why we did it. As it always is – and as it is for all of us – December [is] the most intense month with then the start of January immediately [is the same].

“Usually, like we saw last night with Chelsea and Tottenham and the day before that City played and now at the weekend again, it’s a very tough period. We tried to do it [training camp] to try to bring them all on one level, or a similar level again, because we had a few players who played pretty much all of the time and a few players who didn’t play that much or were injured.

“We used these four days for that and that worked out pretty well. Of course, we have to see in the end what we can take from it.”

Now back at Melwood, Liverpool’s sights are firmly set on their next outing – a Premier League encounter with Leicester at Anfield next week.

“Now we have a normal week to prepare for it completely normal,” continued the manager. “Intense training, of course, important things – focused on us, focused on our strengths, focused on our weaknesses, where we have to improve, what we want to keep doing and stuff like that. It’s the best time in the year if you have a week like that and can train.

“Unfortunately, we don’t have a full squad, we will have a couple of injuries, but players are coming back or, like Ox, getting closer, Rhian Brewster [is] getting closer. On the other hand, Joe still needs a bit of time and then the others we have to see day by day.

“We have a group and this morning we had 17 [players] who could train completely normal and that’s what we try to use.”