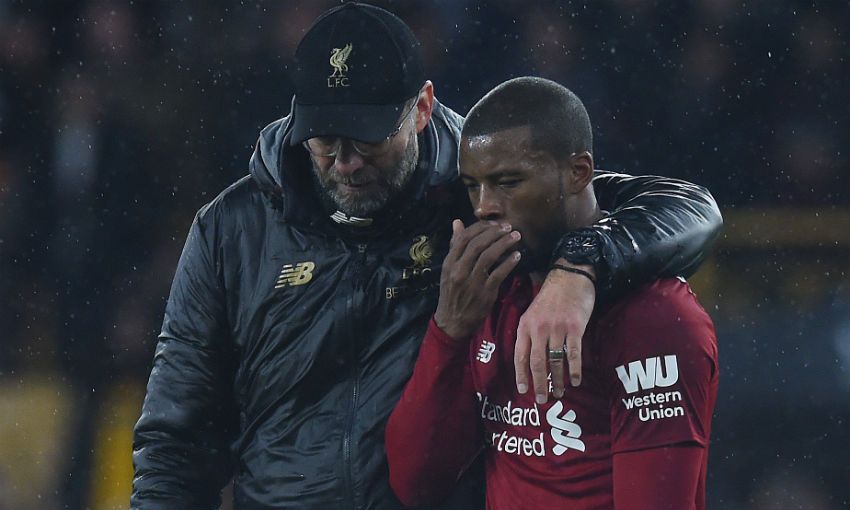 Wijnaldum: Milner's influence has had a big impact on our form

Jürgen Klopp helped Georginio Wijnaldum and his Liverpool teammates recover from the blow of starting 2019 with back-to-back defeats.

Losing is not something the Reds have been accustomed to during a season that has seen them amass 60 points from 23 Premier League outings so far and advance to the last 16 of the Champions League.

However, Klopp’s team did begin the new year with consecutive reverses to Manchester City in the league and Wolverhampton Wanderers in the FA Cup.

Their response to those setbacks has been strong, though, with victories over Brighton and Hove Albion and Crystal Palace preserving a four-point cushion at the top of the table.

And Wijnaldum, who missed the win against Palace due to a knock, has revealed details of Klopp’s positive communication in the aftermath of those disappointing results at the Etihad Stadium and Molineux.

“You always learn from a defeat, even more than when you win games because when you win, you don’t see everything you did wrong,” the Netherlands international told Premier League Productions.

“When you lose games you analyse them more than when you win. Of course we learned. Every team learns when they lose a game.

“What I learned the most was that we still need to keep the confidence; in Jürgen we have a manager who can help us with that. That’s what he said after the games against City and Wolves - that we must keep the confidence and maybe even work harder than before.

“He gave us the feeling that we had to deal with it and work even harder to make it better.”