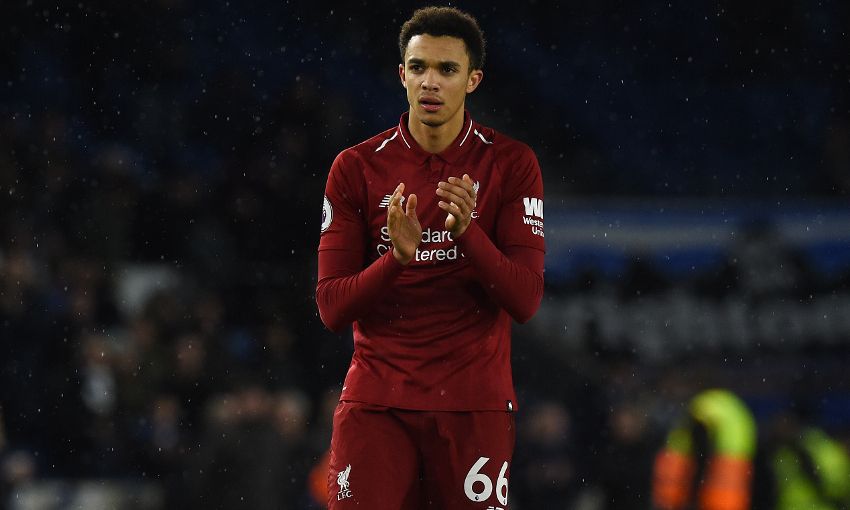 Jürgen Klopp confirmed an ankle injury sustained by Trent Alexander-Arnold in the pre-match warm-up could have ruled him out of Liverpool’s 1-0 victory over Brighton and Hove Albion.

The defender picked up the knock as the Reds prepared for the clash with the Seagulls at the Amex Stadium and required treatment from the club’s medical team.

Alexander-Arnold shook off the issue to take his place in the starting line-up and completed the entire 90 minutes as Liverpool extended their lead at the top of the Premier League table to seven points.

Asked what the injury was, Klopp told his post-match press conference: “I don’t know yet. It was the last situation in the warm-up, I think he stepped on the ball – I didn’t see the situation, I only saw him going down. Immediately [you see] Trent on the ground, he’s a hard boy so that’s not a good sign.

“Then the Doc came and [said it was] something with the ankle. It was pretty painful. He made the sprints but I didn’t like the way he made them because when he slowed down, I thought it looked a bit like limping so I thought it didn’t look good.

“On the way to the dressing room, he told me the pain was away, had gone, then the Doc made a little treatment. Then he said pain-wise, it’s good now and should be OK, made a strapping [for it] and [he could] go out.

“I don’t know exactly what it was and I hope it was absolutely nothing; it was not nothing because it was really painful, but I hope it will not take long until he doesn’t feel it anymore.”