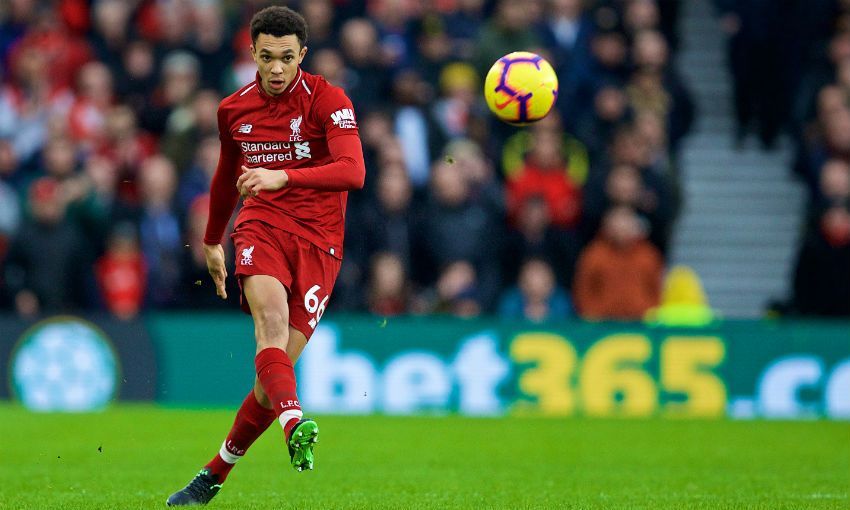 Trent Alexander-Arnold feels Liverpool confirmed their credentials as a ‘top-quality side’ by beating Brighton and Hove Albion.

The Reds made the trip to the south coast having suffered consecutive defeats to Manchester City and Wolverhampton Wanderers in their last two outings, but responded to those setbacks with a gritty 1-0 victory on Saturday.

A penalty won and converted by Mohamed Salah in the early stages of the second half proved decisive at the Amex Stadium, and Jürgen Klopp’s side now sit seven points clear at the top of the Premier League with Manchester City and Tottenham Hotspur still to play in this round of fixtures.

And Alexander-Arnold explained post-match that Liverpool’s recent dip made their win over the Seagulls all the sweeter. 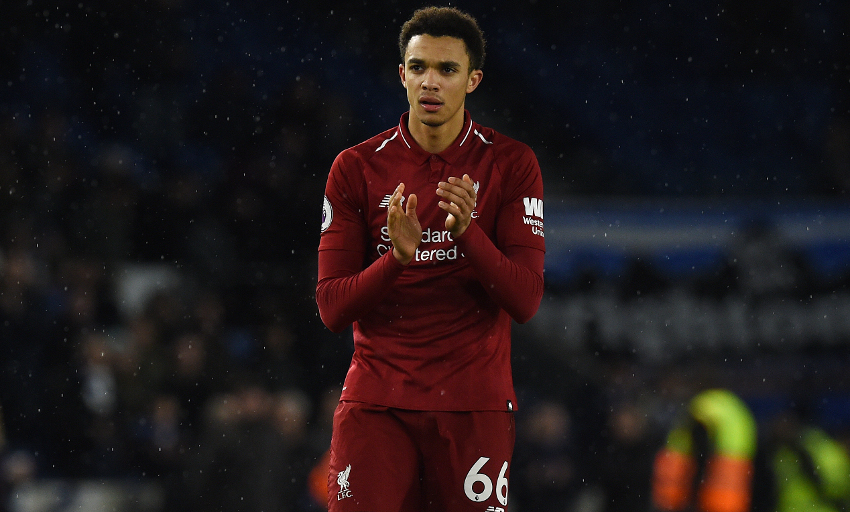 “No matter what, every game is important for us, but especially this game,” the right-back told Liverpoolfc.com.

“We knew we needed a win to get the momentum back and show that we are a really top-quality side and that’s what we’ve done, especially as it’s a tough place to come.

“I think everyone in the league would agree that this is one of the toughest places to play, with good fans and a good, solid team who are hard to break down. We found it difficult even at Anfield to score goals against them. We got a 1-0 win there and are happy to get the 1-0 win here as well.

“Questions were probably asked about our mentality and how we would bounce back from a [Premier League] defeat because we hadn’t experienced it so far [this season], and I think it was important for us to show everyone that we are a top-quality side and to bounce back and get the win.

“Like I said, everyone knew how hard it was to come here and try to take points from Brighton so we’ve done it excellently and we will look forward to next week now.” 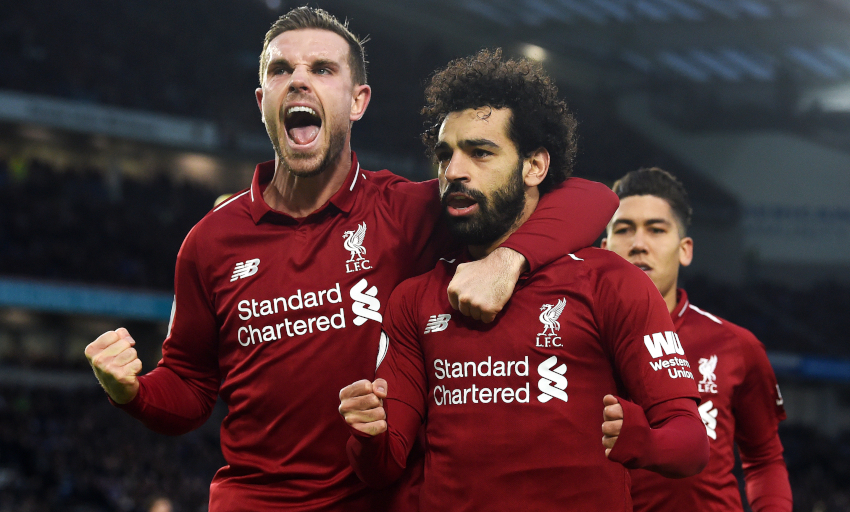 The Reds had to be patient in their efforts to make the breakthrough against Chris Hughton’s well-drilled team, with their 77.2 per cent of possession in the first half not leading to reward in front of goal.

But a moment of class from Salah - who was hauled down by Pascal Gross in the area after twisting and turning away from the Brighton man, and then smashed in the resulting spot-kick - breached the hosts’ resistance five minutes after the restart.

Alexander-Arnold continued: “The first half was definitely the harder half. In the second half they opened up a little bit more [and] the goal we scored probably helped us because they had to attack a little bit more and try to get a goal back.

“Even when they opened up it was still hard to score past them, and I think we showed our resilience and defended well. They didn’t have too many chances against us.

“[They are] incredibly tough situations, penalties, and I don’t think many people understand the pressurised situations they are, but Mo has shown again this season he is a quality player and shown he can tuck away his penalties as well.

“Credit to him for winning it first and foremost and secondly to be able to put it away.”

There was some uncertainty as to whether Alexander-Arnold would be able to take his place in the starting XI after he sustained an injury in the warm-up.

However, the England international was able to shake off the issue and complete the full 90 minutes.

“It was a painful one but I told the manager and the medical staff I would just need a strapping on it and a few painkillers and I’d be good to go. It was good from the manager to have the faith in me to still put me out there and all was good.”