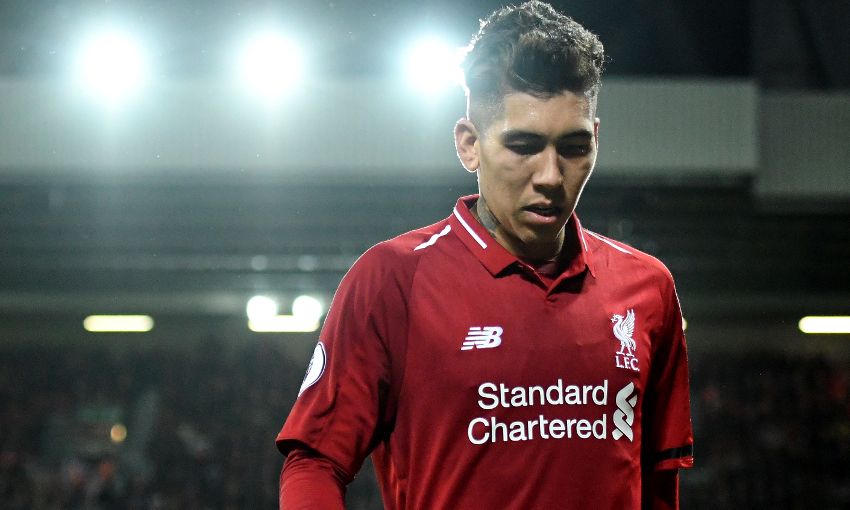 Roberto Firmino believes Liverpool must 'maintain their focus' as they aim to respond to back-to-back defeats when they travel to Brighton and Hove Albion on Saturday.

The Reds have suffered 2-1 losses to Manchester City and Wolverhampton Wanderers in their last two outings in the Premier League and FA Cup respectively.

Nevertheless, they hold a four-point lead at the summit of the top flight and will be aiming to strengthen their grip on first place by picking up a victory at the Amex Stadium.

But Firmino knows anything less than generating a 100 per cent performance level will be punished by a Seagulls side who’ve only lost one of the last seven matches at home.

Ahead of the game, our No.9 sat down with Liverpoolfc.com at Melwood to look ahead to the fixture, as well as discussing his own run of form that has yielded four goals in his last two starts.

In addition, Firmino offered his congratulations following Mohamed Salah’s coronation as the CAF African Player of the Year for a second year running and reflected on the senior debuts of three Academy starlets at Molineux earlier this week.

Read on to see what the Brazilian had to say…

Firstly, Roberto, how important is it to bounce back at Brighton on Saturday after two defeats?

It’ll be a difficult game. Losing is obviously always bad; nobody likes to lose, and certainly not me. But now we’ve got to bounce back. We’ve worked hard every day so we’re prepared for the weekend. It’ll be a big game, a difficult game and we’ll do our best to get the three points.

Defeat at Manchester City last time out in the league, but we’re still four points clear at the top…

That’s what the Premier League is all about - it’s intensely competitive. If the team at the top stutters, the second place will overtake them. We know we can’t go to sleep and lose silly points. We must maintain our focus until the end of the season.

You’ve scored four times in your last two league games. How pleased are you to be back among the goals?

I’ve always loved scoring; I love to help my team with assists and goals. It’s what I always go out there with the aim of going to do. I love football and will do my best on the pitch. I’m really happy with everything at the moment. As players, we live for goals, victories and assists. We have to be prepared for what is in front of us and always be confident that a goal is coming, but we know you’ve got to work really hard for this to happen. All round, we have to maintain our focus.

It’s not just the understanding with Sadio and Mo Salah - it’s with the entire team. We’re in a great place at the moment. We’re maintaining this high level in the big games, and we need to carry on like this. I hope we can sustain it.

How much work goes in on the training ground to your partnership as a front three?

As I said before, the development has to be constant, the Premier League is very demanding, so your focus has to be 100 per cent and you have to work as hard as possible. You have to be consistent, which is the result of the hard work you put in working towards victories. It’s about effort, hard work day in, day out and the way we organise ourselves in training. That’s what it is. 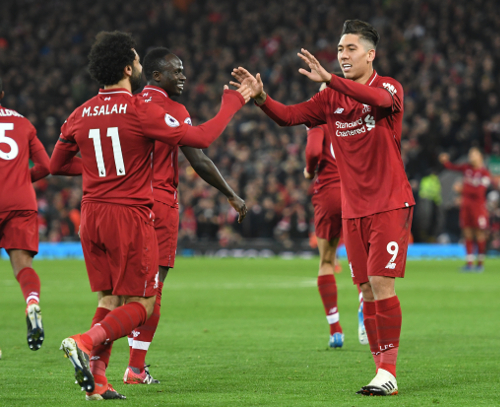 Mo was named African Player of the Year for the second year running this week. Did you happen to see his dance?

I saw it on the internet! I would like to congratulate him on winning the African Player of the Year award for the second consecutive year. And yes, I saw that they tried to make him dance… he tried, but I don’t think it’s his forte!

Have you got any tips for him?

No, I might ask him about it later, though! His strength is playing football and scoring goals, that’s what he knows.

Back to the weekend, what do you expect from Brighton?

A difficult game, as always. There are no easy games in the Premier League. It’ll be another difficult game, but one where we’ll do our best to win. We have to maintain our focus and consistency to stay at the top.

It is - and that’s one of the reasons why it’ll be a difficult game. It will be tough. It’s a good Brighton team, so we’ll have to be at our best to try to win the game. It’ll be a great game, an excellent match, very competitive.

Away from Brighton, what did you make of the debuts of Curtis Jones, Rafa Camacho and Ki-Jana Hoever earlier this week?

I think it’s really special. Three ‘debuts’ - as you say in English - from three great up-and-coming players. I really like the way they play football. Unfortunately, we didn’t win at Wolves, but they’re young - they’ll get even better and develop further.

What would be your advice to them at this stage of their young careers?

To keep their feet on the ground, to never get carried away and start thinking you’re too good. This is where it all starts for them, but they haven’t won anything yet. They need to remain focused, work hard and one day they’ll be able to show their full potential.

They obviously train with you here at Melwood. What are they like in the sessions?

The three of them are really impressive. Rafa Camacho is your typical quality Portuguese player; Curtis, as well, is quality on the ball. Ki-Jana is, again, an excellent player - and he played really well in the game against Wolves. My congratulations go to the three of them for their debuts, but now they need to keep focused and keep their feet on the ground to make the next steps.