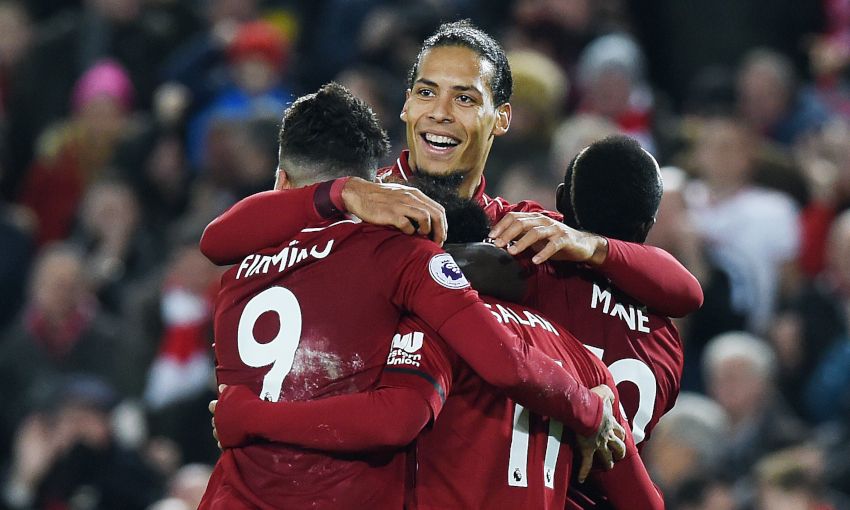 Virgil van Dijk basked in the great feeling of being part of a Liverpool team that surged nine points clear at the top of the Premier League on Saturday.

The Reds recovered from Ainsley Maitland-Niles’ breakthrough for Arsenal at Anfield to win 5-1 courtesy of Roberto Firmino’s hat-trick and strikes by Sadio Mane and Mohamed Salah.

Coupled with Tottenham Hotspur’s defeat earlier in the day, the result sent Liverpool – still unbeaten after 20 games of the season – further ahead of their rivals.

“Anything [is possible]. That’s how we should go out there and play – anything is possible,” Van Dijk told BT Sport after the final whistle.

“You still need to do it on the pitch but we are on a good way and we feel good. It’s obviously tough these days but it’s a great time to be a Liverpool player – and also a fan I think.

“We still need to improve a lot of things but obviously we’re very happy with the situation at the moment.

“We want to keep going and keep working hard and keep the intensity high, to make sure we keep doing well. That’s the only thing for it.”