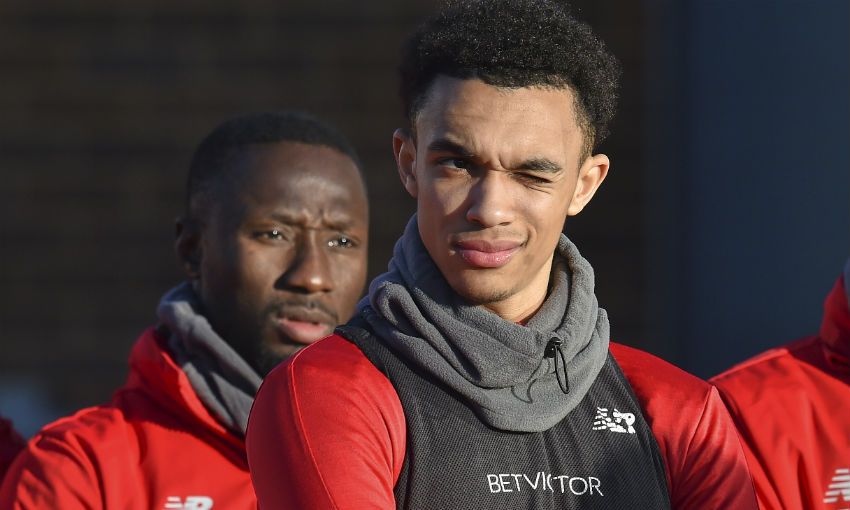 There was a double fitness boost for Liverpool ahead of their Boxing Day meeting with Newcastle United at Anfield.

Midfielder Naby Keita trained with his teammates on Monday after being forced off during the Reds’ 2-0 victory at Wolverhampton Wanderers due to a series of knocks.

Trent Alexander-Arnold has also returned to training and is back in contention having missed the wins over Manchester United and Wolves with injury.

“Trent is back in training, in full training. We will see,” said Jürgen Klopp, who also confirmed Liverpool have no fresh fitness concerns but Joe Gomez and Joel Matip are not close to comebacks, at his pre-match press conference.

The Reds boss anticipates Newcastle – managed by Rafael Benitez – will field a back five for the Premier League clash on Wednesday afternoon.

“I was really, really happy when I saw the attitude we had for that game [against Wolves],” he said. “That’s what we need: stay angry, stay greedy, stay really in the job. That’s what we have to do against Newcastle again.

“It’s now the third time probably we’ll play against a back five, but still always different. We need to adapt to the different things they offer.

“Rafa, with all his quality, can organise a defence pretty well. That’s not so cool. It’s good for him, not so good for us, but we will still try to beat it.”

James Milner and Georginio Wijnaldum face one of their former clubs, while Virgil van Dijk is set to make his 100th Premier League appearance.

Newcastle will definitely be without midfielder Ki Sung-yueng, who is joining up with South Korea for the forthcoming Asian Cup.

Benitez, who guided the Reds from 2004 to 2010, has managed a visiting team at Anfield on four previous occasions, with one win, one defeat and two draws to date.

On the hectic festive schedule, the Spaniard said: “You don’t have time to recover, so everybody has to be ready because we may need them. We have to manage the squad in the best way possible.”