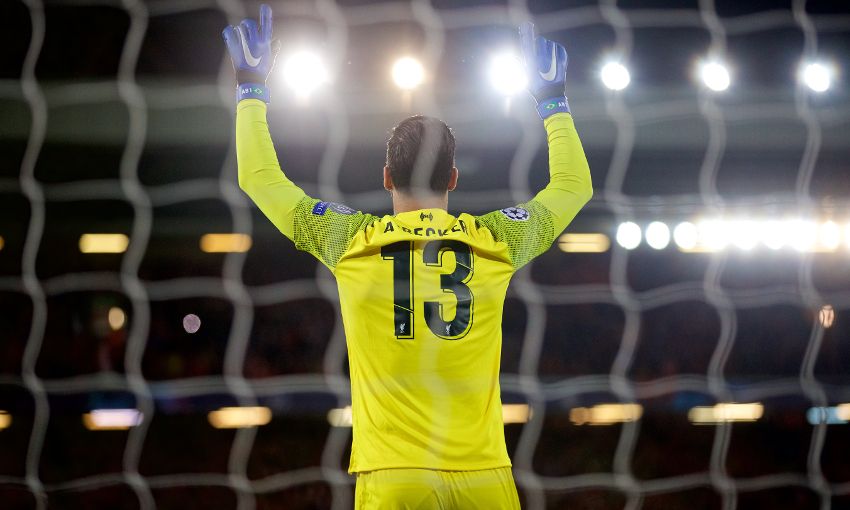 Liverpool clinched qualification from Champions League Group C with a 1-0 victory over Napoli at Anfield on Tuesday night in an action-packed encounter.

Mohamed Salah’s goal after 33 minutes was ultimately the decider in terms of marks on the scoresheet, but Alisson Becker’s stunning save in added time was equally as crucial to ensuring the Reds progressed into the last 16 of the tournament.

Read on for five talking points from Anfield…

Liverpool’s hopes of progression looked set to end in despair when the ball broke for Napoli substitute Arkadiusz Milik in the second minute of stoppage-time.

Anfield held its collective breath as he prepared to sweep in an equaliser from six yards out and leave the Reds needing to score twice.

But Alisson had other ideas and charged down the shot with a block that was as breath-taking as it was important.

The home fans responded, first with roars of approval before bursting into a chant of ‘Alisson, Alisson, Alisson…’ – and they serenaded their hero again as he made his way from the pitch after the final whistle, with a place in next week’s draw assured.

We’re sure it won’t be too long before it’s a song heard reverberating around Anfield again soon.

His 33rd-minute strike to break the deadlock was a thing of beauty as he rode an attempted challenge from Mario Rui on the corner of the box, bamboozled Kalidou Koulibaly with fleet of foot and then found the bottom corner from the tightest of angles by firing underneath David Ospina.

There was extra significance behind Salah’s goal, too.

It took him onto 14 in the European Cup for Liverpool – level with our all-time record scorer, Ian Rush.

Only Steven Gerrard with 30 has more for the Reds in the competition.

To put his outstanding Champions League record into further context, Salah has been directly involved in 12 goals in his nine Champions League games at Anfield for Liverpool (nine strikes, three assists). 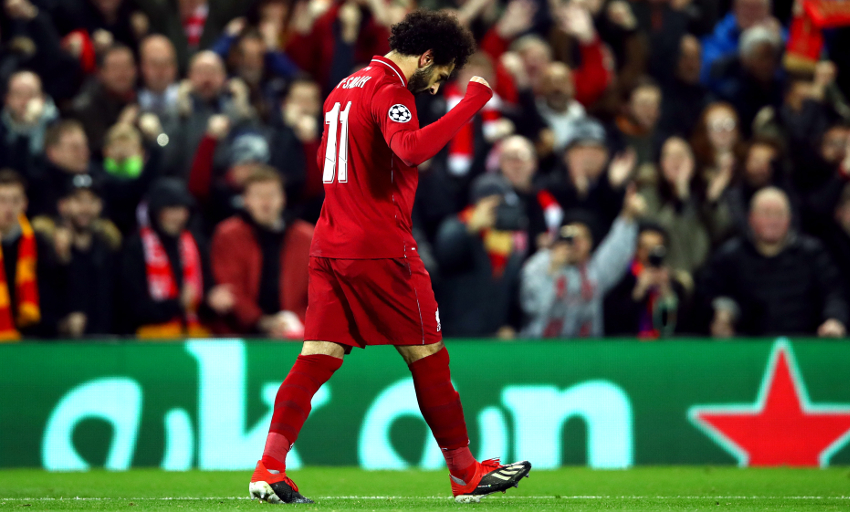 Jordan Henderson was restored to the starting line-up as one of three changes made from the team deployed at Bournemouth – and the captain was imperious in the heart of the battle in midfield.

With the hosts pushing for more goals in the second half, it was the skipper who was instrumental in ensuring they could ramp up the tempo and put Napoli under pressure.

Overall, Henderson completed 87.5 per cent of his passes – more than any other player who started the game for either side – as he picked out a teammate 48 times.

A ban for the big man…

Virgil van Dijk has figured in every minute of Liverpool’s Champions League campaign so far this season – but it’s a run that will come to an end in the next round.

Perhaps the only negative from a good night’s work, the No.4’s 14th-minute booking following a challenge on Dries Mertens means he will serve a one-match suspension for the first leg of the Reds’ last-16 tie in February.

Who that'll be against, we'll discover on Monday morning...