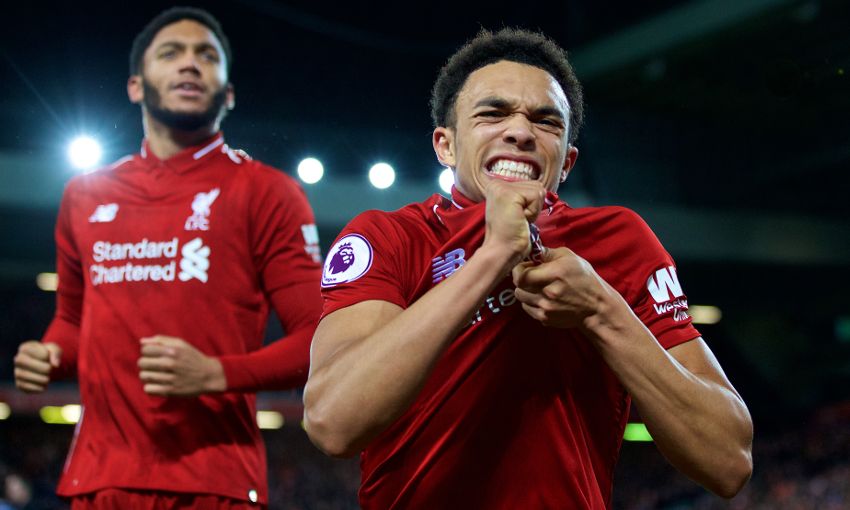 The 232nd Merseyside derby ended in dramatic fashion as Divock Origi scored deep into stoppage-time to win it for Liverpool at Anfield.

Sent on for the closing stages, the No.27 had already hit the crossbar before Virgil van Dijk’s effort against the woodwork looped up and back down for Origi to force home with his shoulder and set off an incredible reaction among the home crowd.

Here are five talking points from another memorable derby… 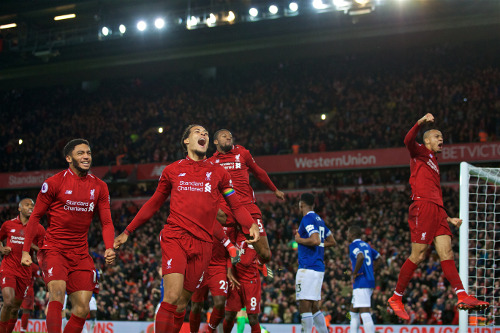 If last season’s league derbies failed to fully spark, this was a much different affair, entertaining and in the balance for its entirety.

From the off both teams were committed to an expansive encounter and that was borne out by the catalogue of clear chances created at either end.

It looked likely those exertions would come to nothing, but Origi had other ideas – even after seeing an earlier close-range shot bounce away off the goalframe.

With mere seconds remaining in the Premier League contest, the Belgian rushed in when Van Dijk’s miskick hit the bar and stayed in play, before knocking the loose ball in and sparking raucous celebrations inside Anfield.

Perhaps we shouldn’t have been surprised; Origi has now scored in all three of his home league appearances against Everton for the Reds. 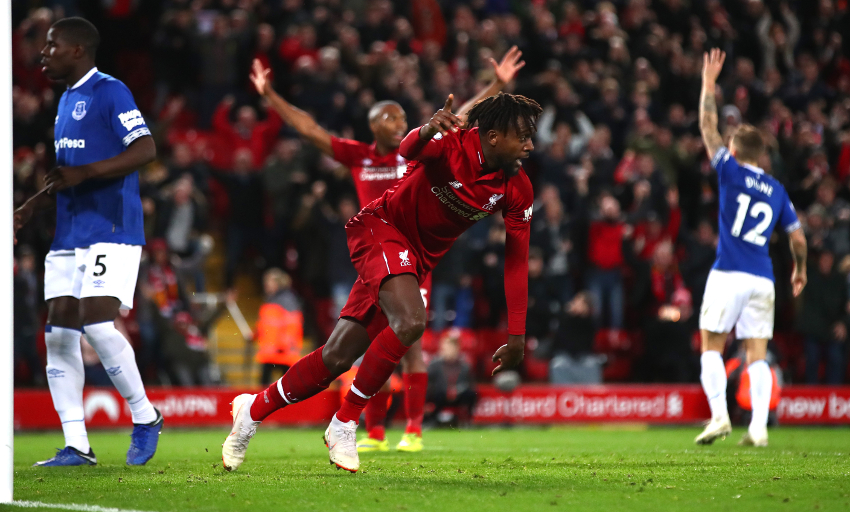 What a save… twice

Liverpool enjoyed the more promising early sights of goal – Sadio Mane smacking a shot over the bar after being released one-on-one by Mohamed Salah – but the Blues should have broken the deadlock first.

And but for two outstanding defensive contributions, they would have.

When Theo Walcott carefully nodded a back-post cross in the direction it came, to find teammate Andre Gomes central and yards from goal, the Everton No.8  looked certain to score.

Instead, somehow, Alisson Becker got his body in the way to miraculously block – and Joe Gomez completed the rescue mission by bravely sliding in to clear the ball off the line.

And those saves – which also preserved a ninth clean sheet of the Premier League season – proved even more valuable come stoppage-time.

Fabinho finds his way in midfield

Jürgen Klopp had a decision to make in midfield with Jordan Henderson serving a suspension following his two yellow cards at Watford last weekend.

He entrusted a central spot to Fabinho and the No.3 impressed amid the tension and responsibility that comes with every Merseyside derby.

Fabinho led the match for tackles (six), made two clearances and one interception, and won 61.5 per cent of his team-best 13 duels across the 90 minutes.

The 100th league meeting between the Reds and Blues at Anfield ended with the hosts’ current dominance in the fixture intact.

This was the 19th successive home Merseyside derby without defeat for Liverpool, who have now won 10 and drawn nine of those games.

Klopp also extended his positive record against the Reds’ neighbours – the German has overseen five victories and two draws since taking charge in October 2015.

Keeping up the pace

Liverpool’s most relentless start to a Premier League season continues apace after Origi’s sensational intervention, with Klopp’s men now on 36 points from 14 fixtures.

They remain one of only two unbeaten teams in the division along with Manchester City, whose five-point advantage after victory over Bournemouth on Saturday was reduced back down to two by the Reds.

Next up, Burnley on Wednesday.