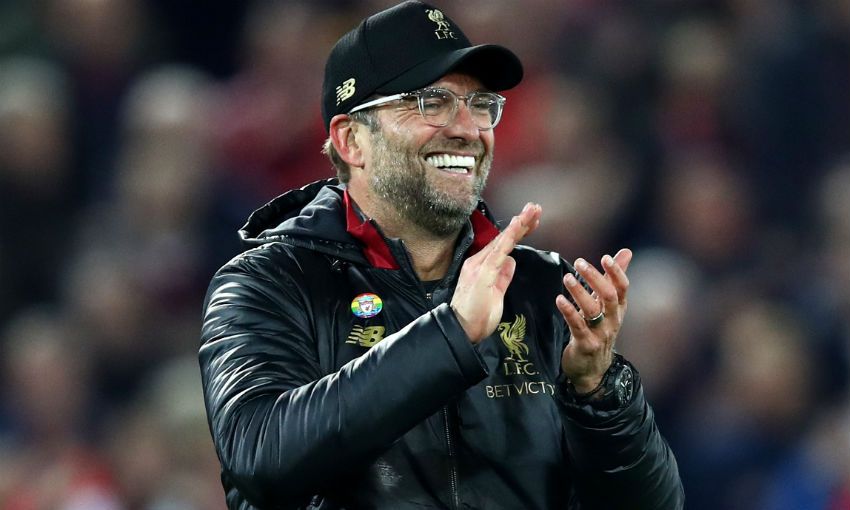 The Reds left it until deep into stoppage-time to conjure the decisive goal against Everton on Sunday, with substitute Origi bundling the ball in to the Kop-end net from close range to spark scenes of wild celebration inside Anfield. 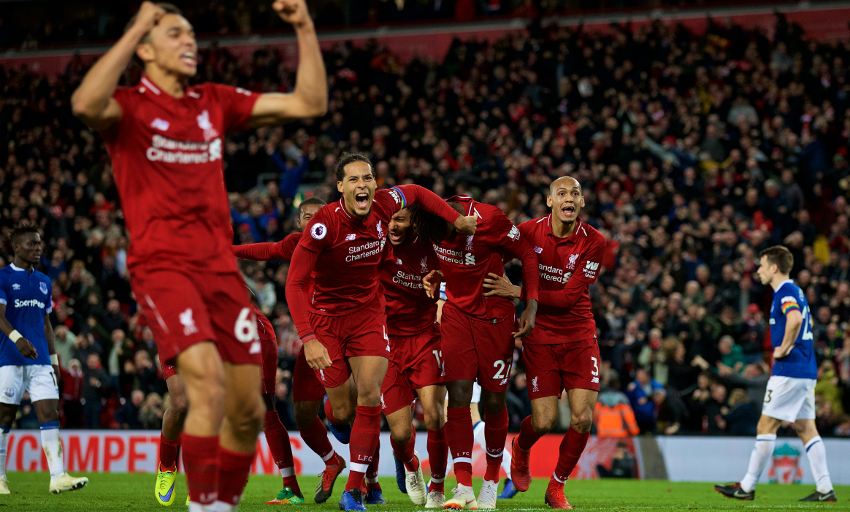 On the result, Origi’s winner and his celebration…

I’ve said it now a few times in a few interviews, but immediately after the game I apologised to Marco Silva [for my celebration]; we spoke to each other, I told him how much I respect his work because it is incredible what he has done with that team. They are just an outstanding side. It was a really difficult game today - derbies are always difficult but today it was a completely different difficult to the last few years. What can I say about it? I didn’t want to run [when Origi scored], it was not my plan, I didn’t want to run to Ali and I couldn’t stop. It’s not cool, but it happened. More important things happened during the 95 minutes. All my respect for Everton, they were really good. Both teams delivered a proper fight, a proper derby from the first second.

Our high-pressing was outstanding, our counter-press was really at the highest level, football-wise in a lot of moments it was really good. We tried to control the game, which is difficult because they closed the spaces really well. As always, we could have done a few moments better, but we had our moments. They had the first chance and it was really big when Ali made an outstanding save [from Andre Gomes] and then Joe Gomez made an outstanding save. I don’t know how these two boys cleared that situation. We had our moments; Sadio was in very good positions to finish off, but both goalkeepers were really there - an outstanding performance tonight, so that’s why it was open until the last second.

We had that free-kick, we had the formation for second balls, which is pretty rare in a situation like that when everyone wants to be in the box, wants to be the one who scores. Of course, it was a bit lucky - Virg, in the moment when the ball left his foot I thought it was over and then you see the back-spin, you see the ball flies direct onto the crossbar and then it was an unthankful job for Pickford and Divock was there. It was a very intense game and obviously a much nicer finish for us. 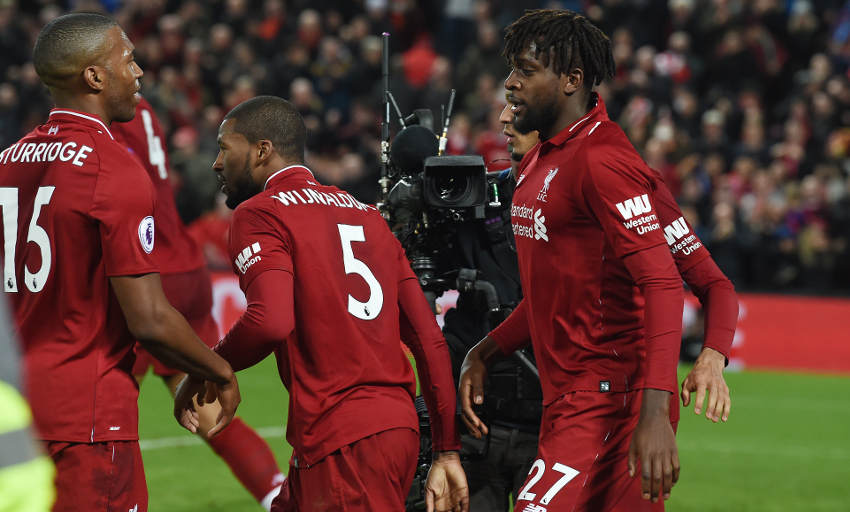 I said it to him on the pitch actually. I had it in my mind and never forgot it. Fouls happen, harsh tackles happen and in his case it was so obvious it was a break in his development because at that time he was outstanding. After that he needed a long time before he felt absolutely nothing. For the Europa League final he was somehow ready but not completely pain-free, and there was a tournament [Euro 2016] and he couldn’t really show up there. That all changed a little bit, you lose confidence… at that time when Div played, he was an unbelievable threat: speed, physically strong, I remember the Dortmund game and stuff like that. So it was always in my mind when I thought about Div, that night. Coming on tonight, now he can finish that book and from now on everything will be fine again.

Origi's post-match reaction: 'That was unbelievable!'>>

It was quite intense for them both in the centre there with all these offensive boys around them, but they all did a really good job and Fabinho did a few outstanding one-on-one situations, which he was completely clear in. At the end it was a little bit less clear, but that’s normal. Yes, a really good game.

We will see what we do, but that’s normal. It was such an intense game and if you look at these three I think Sadio had tonight the standout performance. He had the chances and didn’t use them, but he was pretty much not to defend in one-on-one situations very often. He got better minute by minute and if you see now he is sitting in the dressing room and has a cut on his foot, so 20 minutes before the end of the game, I don’t know how it happened [but it’s a] very painful thing and he stayed in. He didn’t tell me but otherwise maybe we would have changed differently, probably not. That’s all. We will see how we line up in the next [games]. We only have to think about Burnley, not Bournemouth or Naples or [Manchester] United or Wolves.