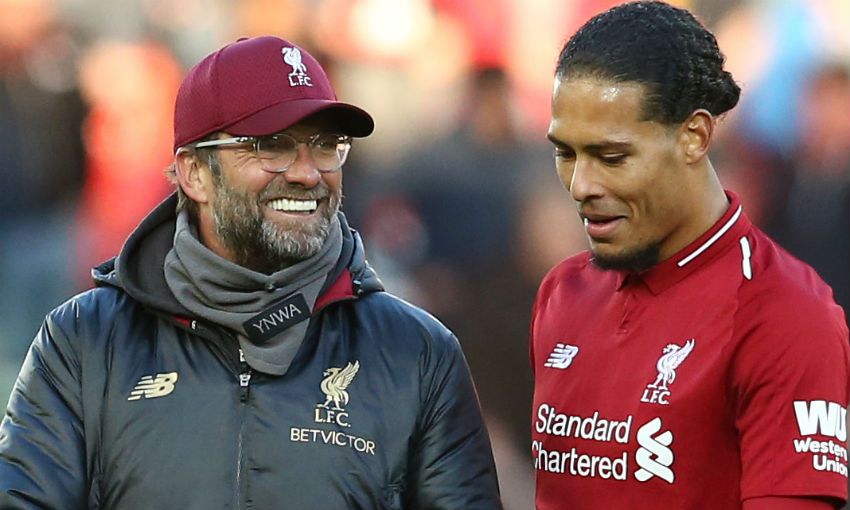 Jürgen Klopp sees no reason to compare Virgil van Dijk to other centre-backs, with the Liverpool boss simply saying: “I am really, really happy with him.”

Van Dijk’s imperious form for much of the season has led to debate regarding his standing in terms of the finest defenders in the Premier League and beyond.

His manager is disinterested in such discussions, although he has expressed his delight with how the Dutchman has performed since joining the Reds in January.

“I am not a guy who likes these comparisons and stuff like that. I am really, really happy with him [and] Virg knows that,” Klopp said.

“With his skills and quality and stuff like that there is always a big responsibility as well, that you have to be spot on [and] on that level every day.

“That’s what everybody expects and we are all human beings. Tuesday [versus Red Star Belgrade] was not the same game as the Saturday before [against Arsenal], that’s how it is.

“We all struggled a little bit in the last game, but that’s not too important and I don’t make a fuss of it. On the other hand side I don’t celebrate performances when I saw a good one for the next five or six days.

“It’s just that he has quality and that’s good. Like Joe has, like Dejan has, like Joel has. That’s really good for us that we are in that position, obviously. We don’t have a lot of problems.”