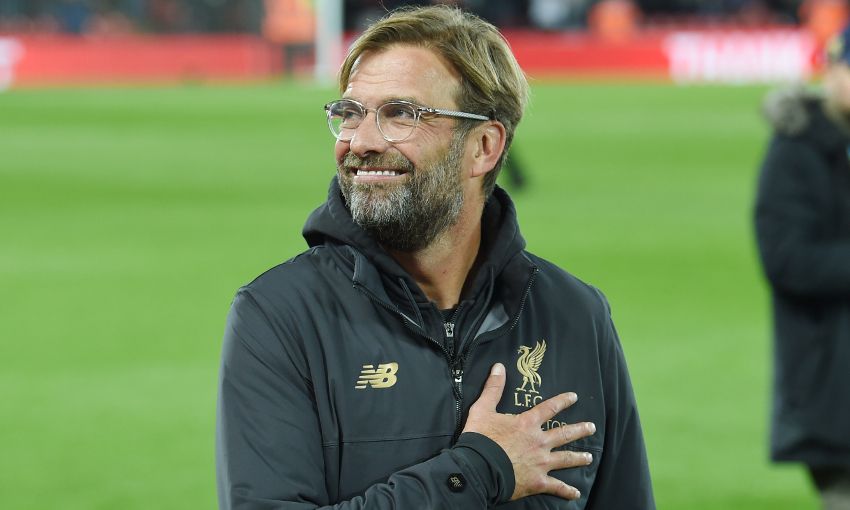 “We made a few miles since then!” laughs Jürgen Klopp.

Today marks the three-year anniversary of the manager’s first European victory in charge of Liverpool - a 1-0 success over Rubin Kazan in the freezing temperatures of Russia.

Few could have predicted on November 5, 2015 that Klopp would guide his team to the finals of both the Europa League and the Champions League within three seasons.

And though the boss still rues the defeats suffered in both showpiece games, on November 5, 2018 he made the journey for the Reds’ latest continental tie - against Red Star Belgrade on Tuesday - ready to dream big again.

“It was an intense start and from then on it went quite well,” Klopp told Liverpoolfc.com during the flight to Serbia when reminded of the date’s meaning.

“So far when we were involved in a European competition we were in the final - let’s carry on like this… or try!

“It’s getting more and more difficult but big things are still possible. So far it was absolutely OK, it was really interesting.

“But the world is like this; you judge it because you won or lost one game. If you lose earlier, it’s not that dramatic. It’s all good, we’ll try again.”

Boss: Lovren and Matip will have their moments>>