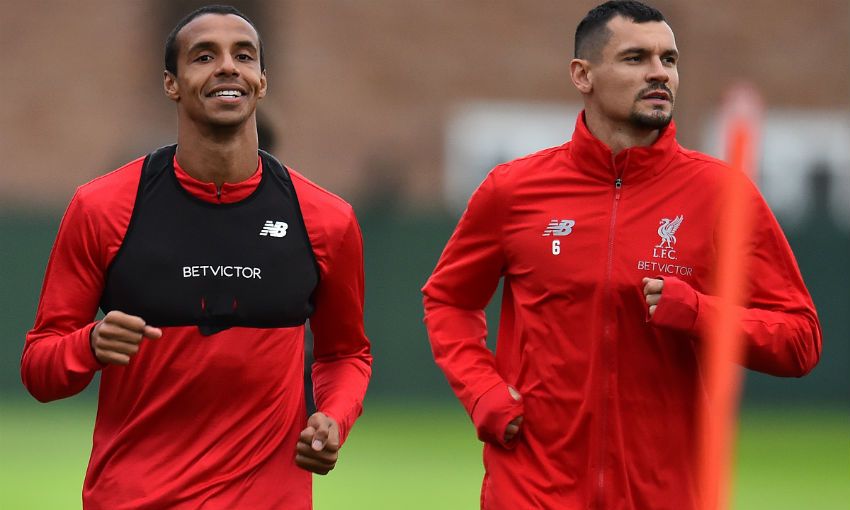 Dejan Lovren and Joel Matip will get opportunities to stake their claims to be in Jürgen Klopp’s team, said the Liverpool manager.

With Joe Gomez and Virgil van Dijk in exceptional form as a central defensive partnership so far this season, Lovren and Matip have been limited to four and six appearances respectively.

The pair were both part of the Reds’ 21-man travelling squad for Tuesday’s Champions League tie against Red Star Belgrade, however.

And during the team flight to Serbia, Klopp insisted both players have shown an exemplary attitude in the circumstances – which will be rewarded with chances to play when they arise.

“Dejan had a very intense year – then he had the World Cup after a very good season for us. After the World Cup he came back injured and had no pre-season. He needed to train.

“Since then he is stepping in. He is doing really well. Dejan had games and will have games.

“The harder thing is Joel. He is in a very good shape. He had a difficult last year as well. He came back and could do most of the pre-season.

“That’s how the situation is: it’s not forever, it’s always in the moment. You have to use moments and stuff like that. The boys have reacted pretty well so far but I didn’t expect anything different.”

Klopp on Keita's fitness and form so far for LFC>>

'Really interesting' - the boss on three years of Europe with LFC>>