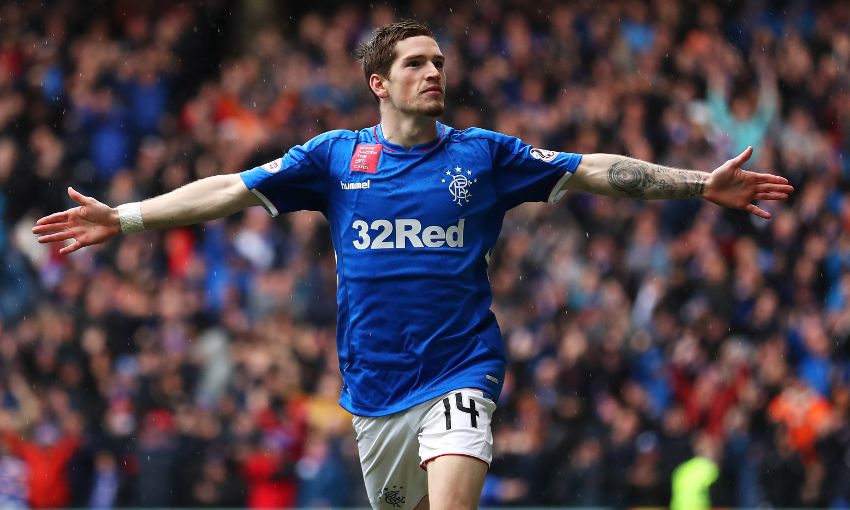 Steven Gerrard was delighted by another 'top drawer' performance from Ryan Kent in Rangers' 3-1 victory over Hearts on Sunday.

The on-loan Liverpool winger, who played the full game, helped his team on their way to three points with the opening goal three minutes into the encounter at Ibrox.

“His performances have been really good and they’ve got stronger as we’ve gone on. The last two have been right up there in the top drawer,” said Rangers boss and Reds legend Gerrard.

“He deserved man of the match today, he deserved his goal and I’m pleased for him.

“We have to credit Rangers for giving Ryan the opportunity and also thank Liverpool for letting us use him, because at the moment it’s working for both of us.”

Ovie Ejaria also started the match against the league leaders and featured for 66 minutes.

On Saturday in the Scottish Premiership, Adam Bogdan completed the game as second-placed Hibernian moved within two points of the summit by thrashing Hamilton Academical 6-0.

Sheyi Ojo was a 78th-minute substitute in Stade de Reims’ goalless draw with Nimes in Ligue 1.

On Sunday, Allan Rodrigues de Souza was involved for the first half of Eintracht Frankfurt’s 2-1 victory at Hoffenheim in the Bundesliga.

Loris Karius featured for the whole match as Besiktas, who played with 10 men for more than an hour, were held to a 2-2 draw by Konyaspor after conceding a last-minute equaliser.

In Belgium, Taiwo Awoniyi played for 66 minutes in Gent’s 5-1 home defeat by Genk.