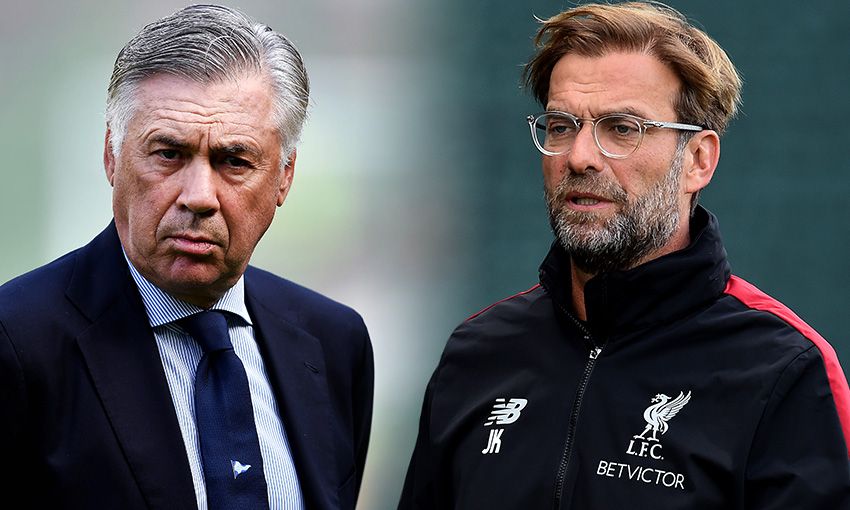 Liverpool may make several changes for Wednesday's Champions League tie against Napoli after naming a 23-man squad for the trip.

Jürgen Klopp has no new injury concerns from the weekend Premier League draw at Chelsea, with defender Virgil van Dijk ‘fine’ having recovered from a rib issue to play at Stamford Bridge.

Divock Origi, fit again following an ankle problem, travelled to Italy and is in ‘outstandingly good shape’ according to the manager as he waits for a first chance of the season.

Klopp spoke to Liverpoolfc.com onboard the team flight to Naples and discussed his approach to facing the Serie A side and Manchester City in the space of four days.

“We will see, maybe we will make one or two changes or whatever – maybe more – but it’s all about this game. It’s the only way I understand it. We will think about this game and then we will see who we can use for City.”

Joe Gomez, who has yet to lose a European match in his three years with the club, could make his 50th Reds appearance at Stadio San Paolo, where Napoli have a 100 per cent record so far this term.

Liverpool lead Group C by two points after beating Paris Saint-Germain at Anfield in the first round of fixtures, when their hosts were held to a goalless draw by Red Star Belgrade.

The only player remaining in the Partenopei squad from the clubs’ previous meetings – during the Europa League group stage in 2010 – is midfielder Marek Hamsik.

Their coach, Carlo Ancelotti, gave little away regarding his line-up when speaking to the media on Tuesday but acknowledged the 11 players he chooses must be prepared for an intense encounter.

“I have something in mind for the team, but I think I’m going to make a few tweaks still,” he said.

“Regardless of who plays, what remains the same is our strategy and the mentality of trying to impose our game. We need to keep a balance throughout the game.

“I think we have a strong team that’s achieving levels of excellence in terms of its play and mentality. At times we’re not able to maintain our consistency, but I’m confident because with time we can only improve.

“I’ll look at the fitness of the players in the final training session. Liverpool will play with very high intensity so we’ll need to be ready for that.

“It’s important that we show bravery and personality, implement what we’ve worked on and be ready to withstand their counter-attacks. If we play the way we know how, we can cause Liverpool problems.”