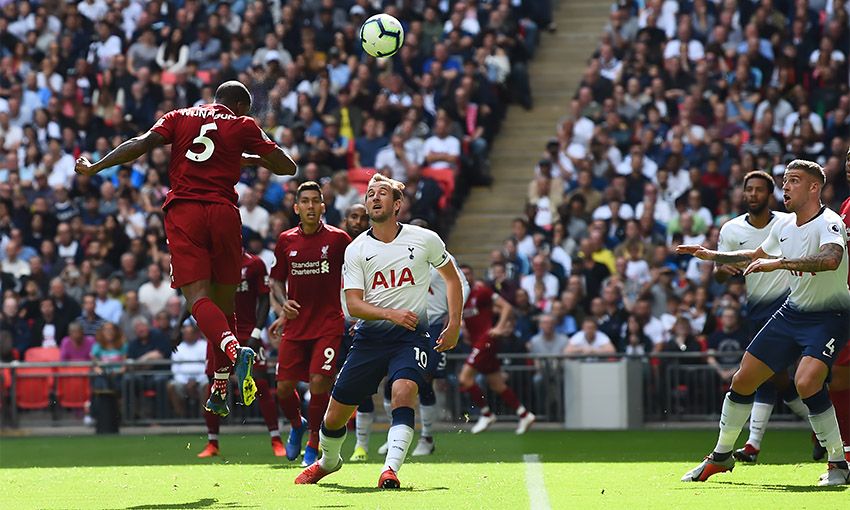 Goals from Georginio Wijnaldum and Roberto Firmino helped secure a 2-1 win at Tottenham Hotspur on Saturday as Liverpool kept pace at the top of the Premier League.

Wijnaldum's first-half header set the Reds on the road to victory at Wembley and Firmino's second-half tap-in after a rebound off the post ultimately secured the three points.

Liverpool's attacking exertions were matched by defensive grit in the latter stages of the match, as Spurs battled back and Erik Lamela snatched a consolation goal in injury-time.

Wijnaldum's 39th-minute opener at Wembley was the Dutchman's first away goal in the Premier League in 58 appearances on the road in the English top flight.

It arrived after Spurs goalkeeper Michel Vorm pushed away a corner and was then unable to claw out the midfielder's header from under the bar, with the Goal Decision System instantly indicating the ball had gone in. 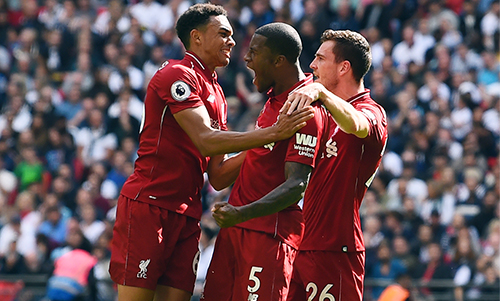 Despite Wijnaldum's away-goal anomaly in the league, his previous strike for Liverpool also came on the road, at the Stadio Olimpico, as the Reds progressed past AS Roma to reach the Champions League final last season.

However, it wasn't just his breakthrough that caught the eye at Wembley on Saturday - Wijnaldum was typically neat and tidy in possession and led the team with 91.7 per cent pass accuracy in the opposition half.

The Reds' 2-1 triumph over Spurs extended their 100 per cent winning start to the season to five matches - a feat they have only achieved on two previous occasions in the top flight.

Bob Paisley's European champions enjoyed a six-game winning streak to open the 1978-79 season and went on to win the league title ahead of Brian Clough's Nottingham Forest.

In 1990-91, Kenny Dalglish's Liverpool began their First Division campaign with an eight-game winning streak and finished as runners-up.

On a day of landmarks, full-back Trent Alexander-Arnold made his 50th appearance for Liverpool after also making his debut against Spurs in the fourth round of the League Cup back in October 2016.

A fresh-faced and relatively unknown Academy graduate back then, the 19-year-old is now a Champions League finalist, has made a World Cup appearance with England and is a stalwart of the Reds back four.

Here, he enjoyed a running battle with the lively Lucas Moura. One stand-out moment came when he won a physical challenge with the Brazilian and then kept his composure to calmly play out from the back amid a swarm of opposition players closing in.

Despite Tottenham and Liverpool topping the charts for the most minutes played by their players in the international break (1,628 and 1,563 respectively) we shouldn't have been surprised that they still managed to serve up an exciting spectacle.

The three strikes that hit the net at Wembley today mean there have now been 152 goals scored in Premier League matches between the two clubs - more than in any other fixture in the competition's history.

Firmino's second-half finish was Liverpool's 90th Premier League goal against Spurs. The Reds have only scored more (91) against Newcastle United. 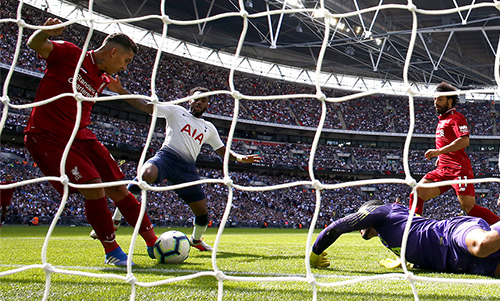 The game at Wembley was littered with eye-catching performances but special mention must also go to goalscorer Firmino, who once again proved himself to be LFC's Mr Reliable.

The Brazilian's 54th-minute tap-in means he has now been directly involved in 61 Premier League goals under Klopp - 38 goals, 23 assists - which is 16 more than any other player.

Four of those - two goals and two assists - have come in his five games this season.

And if you like those stats, you'll love this one.

The Reds have never lost an away game when Firmino has scored. Across all competitions, Liverpool have won 21 times and drawn three when the No.9 has found the net on the road.