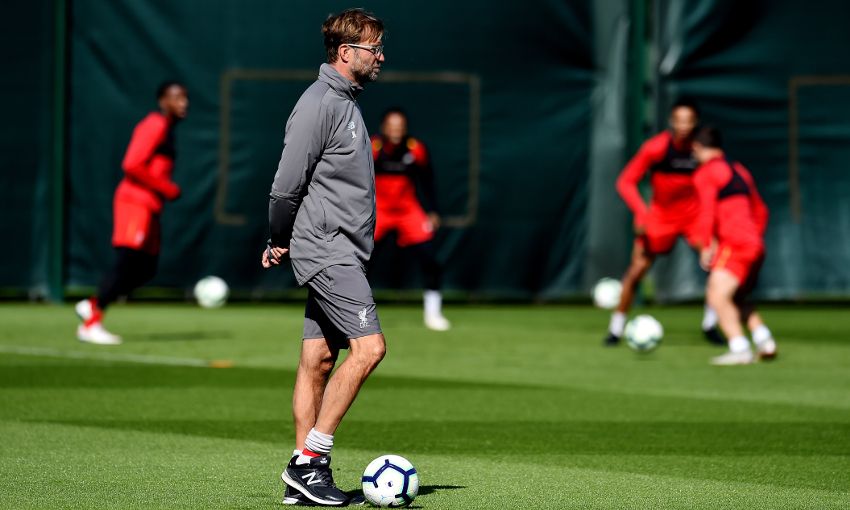 Liverpool begin a run of seven matches in 23 days when they face Tottenham Hotspur at Wembley on Saturday, with Jürgen Klopp ready to use the depth of his squad in the weeks ahead.

“Of course, we have to. We will see exactly how we can do it,” said the Reds manager when asked about possible rotation at his pre-match press conference.

“It is a big misunderstanding that we will plan for the game tomorrow and [also] think about the game after and the game after. That’s too complicated; you have to go into the next game and see who you can choose. That’s it – you always try to have your best team.

“It is clear, with numbers [from] games and all that stuff – we get so much information after a game, which you [the media] don’t have – you see how players react in different situations. We have to do that, we have to rotate – [but] I don’t know if we’d call it ‘rotation’.”

Klopp welcomed back the last of Liverpool’s international contingent when Alisson Becker, Fabinho and Roberto Firmino returned to training on Thursday.

Summer signing Fabinho represented Brazil during the break but still awaits his competitive Reds debut – though the boss explained that fact is only due to circumstances.

“It’s absolutely no problem,” he said.

“I don’t like the situation; it’s not that I like to say to Fabinho, who is full of energy and desire and wants to be involved, ‘you are not involved this weekend’. That’s not nice, it’s only the job to do sometimes.

“We have players that worked together now for much longer; he comes from another league, a completely different system which Monaco played, to us. We have a good team together so that takes time.

“But the plan was, and is still, that he will make us better. That’s what we are working on.” 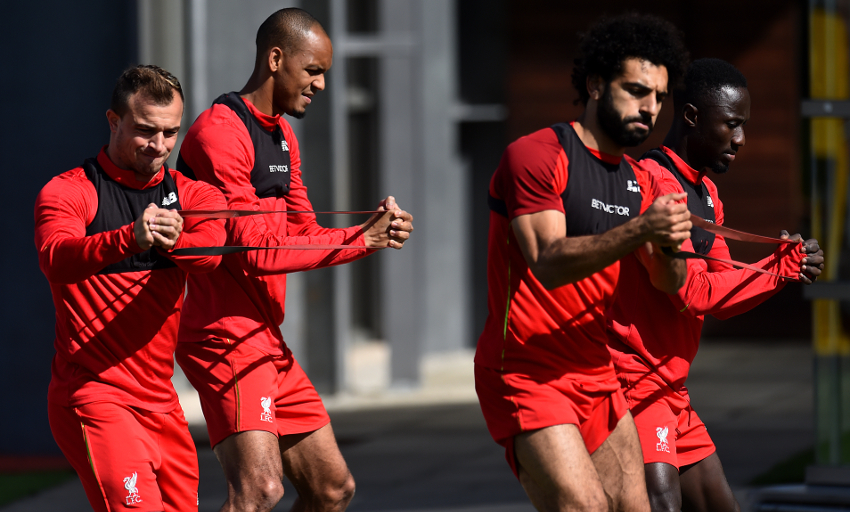 Simon Mignolet is available after sustaining a hand injury but Adam Lallana is not yet ready for selection following the groin strain he suffered in England training last week and neither is Dejan Lovren.

Spurs, meanwhile, have several injury and fitness concerns at the moment.

The Londoners will definitely be without midfielder Dele Alli and goalkeeper Hugo Lloris at Wembley due to hamstring and thigh injuries respectively.

Juan Foyth has returned to training following a thigh issue but Moussa Sissoko (hamstring) won’t be back in contention until next week.

Mauricio Pochettino also has a decision to make on Heung-Min Son.

The forward, who last featured for his club on August 11, recently returned from the Asian Games, where he helped South Korea to victory in the tournament in Indonesia.

“I hope he will be available for the weekend, maybe to play or be on the bench,” said the Tottenham boss in his pre-match press conference on Thursday.

Pochettino’s side claimed a 4-1 win over Liverpool in the corresponding fixture of last season but he is anticipating a much tougher task this time around.

“For me, Liverpool are one of the best teams in Europe, not only in England. They have very good players and a great manager. It will be a very tough opponent,” said the Argentinian.

“It is going to demand a lot of energy from us – and to have a very good performance if we want to be close to winning.”