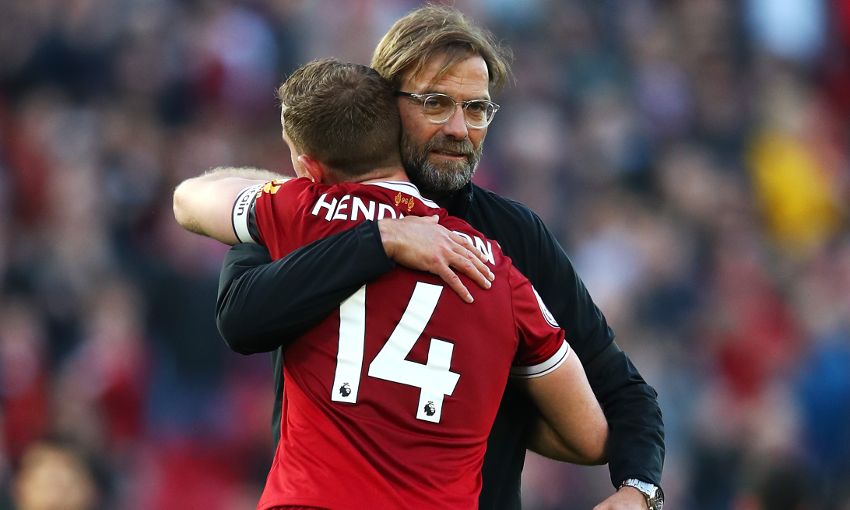 'The embodiment of what it means to be a Liverpool player,' is how Jürgen Klopp described Jordan Henderson as he spoke of his delight at the captain signing a new long-term contract.

The midfielder committed his future to the Reds by putting pen to paper on the deal at Melwood on Monday, extending his seven-year stay at the club.

Klopp detailed why he believes the news comes as a huge boost as he highlighted Henderson’s leadership and footballing qualities.

The manager told Liverpoolfc.com: “It is fantastic news but should not be a surprise to anyone – he is perfect for us and we for him, I think.

“Jordan embodies entirely what it means to be a Liverpool player in this modern era of football. You can tell through his actions on and off the pitch he treats representing our badge and our shirt as a privilege. He takes nothing for granted and strives to learn and be better for his team at all times.

“He carries a lot on his shoulders that people on the outside won’t see, but he embraces that responsibility and that leadership. He is our ‘General’ and I trust him completely.

“But the best thing is, I think – in fact, I know – he will get even better in these coming years. And this improvement will come from a very high base already.

“Jordan is so important to us and we are very fortunate as a club to have this person commit to us as he has.

“For Jordan and his wonderful young family I am really pleased they now know they are part of our Liverpool family for an even longer time.”