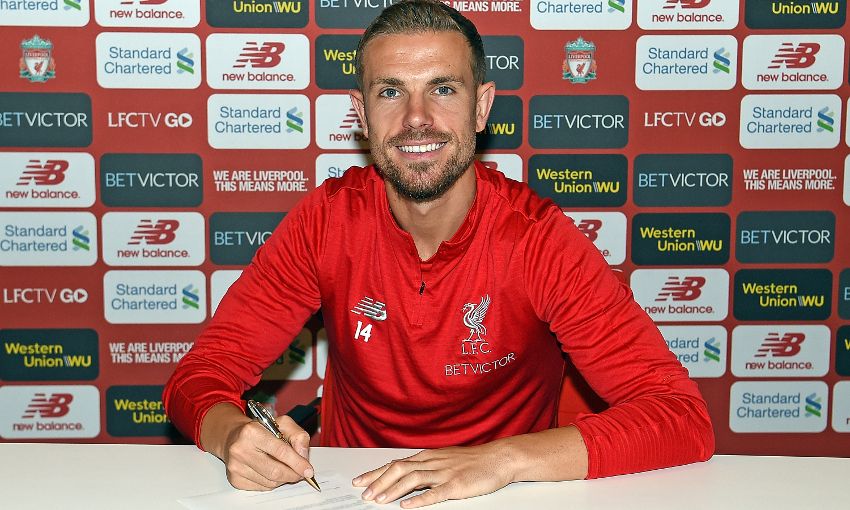 The captain has committed his future to the Reds by penning the deal at Melwood, ensuring his seven-year stay with the club will be prolonged into the seasons to come.

“It doesn’t seem like too long ago when I signed my first one – it feels like yesterday, really – but a lot has happened since then.

“I feel it’s been a progressive journey for me throughout my time here and one I’ve enjoyed so much.

“There is no other place in the world I would rather play football. I want to be here for as long as I can be.

“I’m so privileged to have been a part of this club for so long, and hopefully even longer now.”

Henderson originally arrived at Anfield from Sunderland in the summer of 2011 and has gone on to make 284 appearances to date, scoring 24 goals.

The midfielder was initially installed as Liverpool vice-captain in September 2014, before assuming the armband on a full-time basis the following summer after the departure of Steven Gerrard.

Henderson, who turned 28 in June, is a regular for England and played a starring role as the Three Lions reached the World Cup semi-finals this summer. He has amassed 44 caps for his country so far.