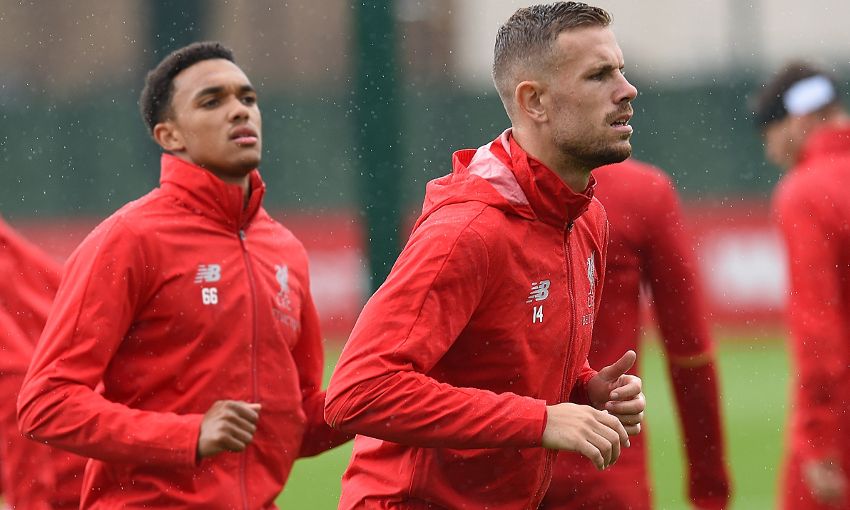 Jürgen Klopp has a number of fitness issues to consider as he prepares to name his first Premier League XI of the season on Sunday.

Liverpool kick off the campaign with a home game against West Ham United, having won each of their past four friendlies, most recently a 3-1 success over Torino at Anfield.

Alisson Becker, Naby Keita and Xherdan Shaqiri are in contention to make their competitive debuts for the club, but Fabinho is a doubt after a minor injury and illness.

“The scan was clear. It was only a check-up and the scan was clear, but he felt ill when he came back so we sent him home again,” Klopp said of the midfielder at his pre-match press conference on Friday.

“Obviously he was not feeling really well so we sent him home again and I didn’t see him so far and I didn’t ask anybody, so we will see.”

James Milner is likely to be available after receiving 15 stitches in the head wound he sustained in the 5-0 friendly win over Napoli in Dublin last weekend, while the manager is considering how to use Trent Alexander-Arnold and Jordan Henderson after their returns from World Cup duty.

Dejan Lovren – who reached the final with Croatia – is ruled out, however.

“Ragnar, no real chance, he didn’t train. Joel did yesterday parts of training like Joe did – we will see how they are today,” added the boss in his chat with the media.

Andy Carroll (ankle), Manuel Lanzini (knee) and Winston Reid (knee) are long-term absentees for the Hammers, while Edimilson Fernandes has a ‘slight problem’.

But Manuel Pellegrini has an otherwise full squad to choose from.

“The difficult thing is when you don’t have options,” he said. “The players know I have to pick a starting XI but they also know you need a strong squad and not just a team to be successful in the Premier League.

“You need two players in each position and they need to train hard for every game, then it is my decision to pick the starting XI.”