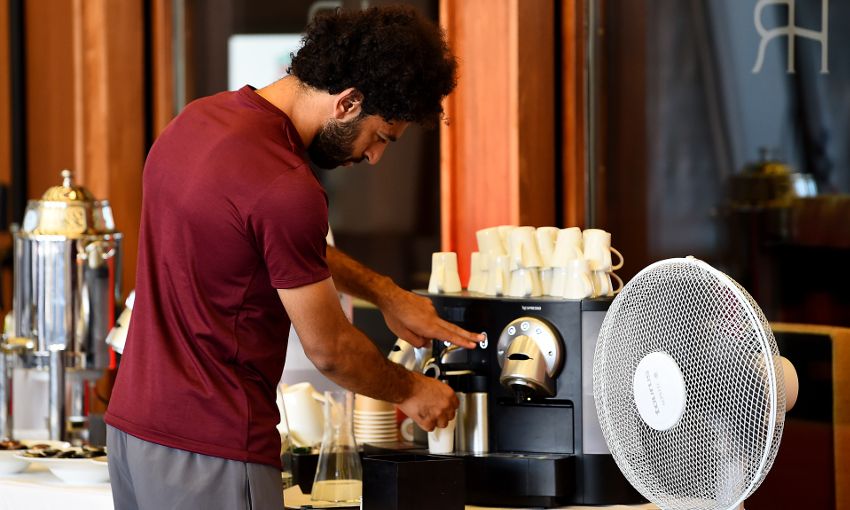 When Liverpool venture abroad for pre-season training camps, they do so after months of meticulous planning.

Not only are the physical and tactical football elements carefully detailed to the smallest degree, but also the medical, nutrition, transport and security factors - to name just a few.

The extensive homework is to ensure the team’s preparations for the campaign remain optimal and that every eventuality - from weather disruption to injuries - is catered for.

The Reds arrived at their latest camp on Monday evening, held in France's tranquil commune of Evian.

The squad will depart on Saturday morning, flying directly to Dublin for the pre-season friendly with Napoli.

Over the past five days, the players have trained daily, often twice but there was a triple session on Wednesday.

In between workouts, they’ve spent their time at the team hotel, which has been transformed into a mini Melwood.

There’s a large dining area to enable the players to fuel up before, during and after training with freshly-prepared food served up by the catering team, most of whom have travelled with the squad from Liverpool.

Adjacent to the canteen area, there are individual medical, treatment and kit rooms, as well as a games room for the players to utilise during their downtime.

On Thursday night, the entire travelling party – players, coaches and staff - gathered for a BBQ on the lawn at the rear of the hotel, during which those who’d joined the club since the last initiation ceremony in Tegernsee last summer were required to perform a song of their choosing to the group.

It’s fair to say the results were mixed. The greater purpose of promoting a stronger bond between everyone present was, however, successfully served.

You can take a peek into life away from the training pitches inside Liverpool’s Evian camp in our gallery below.