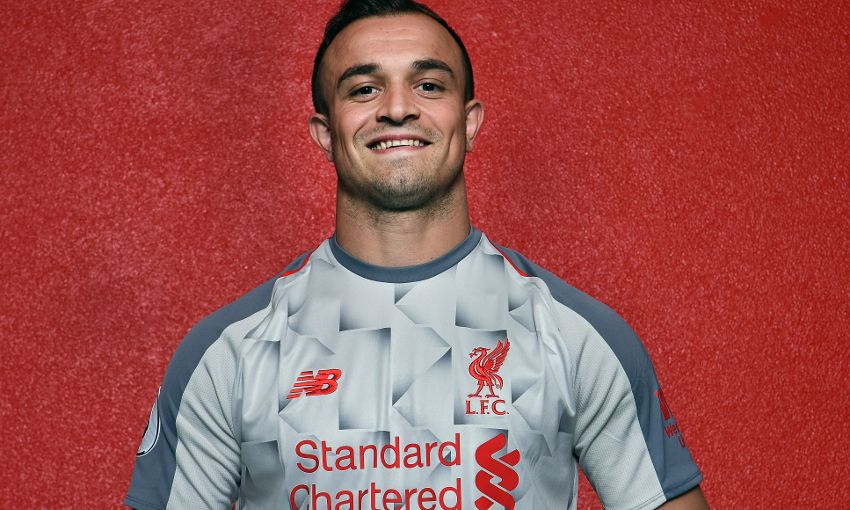 In March 2012, Shaqiri – who completed a transfer to the Reds from Stoke City on a long-term contract today – was coming to the end of his spell with the Swiss club having already agreed a summer switch to Bayern Munich.

A teenage Salah, meanwhile, had been catching the eye of Basel’s recruitment department and impressed further when he bagged a brace for Egypt U23s in a friendly against the Super League side that month.

Shaqiri was involved in the game, too, scoring the final goal as his team were beaten 4-3 in front of 500 spectators at Rankhof Stadium.

Basel, already sufficiently enthused by Salah’s talent, invited the forward for a trial and soon a deal was agreed with Arab Contractors to sign him.

And so two players who will try to fire the Reds to success together next season briefly met long before the club came calling for each of them.

“He came for training and a trial when I was at Basel. He came to train two or three times, I trained with him,” Shaqiri told Liverpoolfc.com in his first official interview.

“Then I went to Bayern Munich and he stayed in Basel. I’m happy that I see him here. He had an amazing season last year and I hope he can do it this year too.

“I’m very happy for him that he had this beautiful season because he is a very nice guy, a good guy.”