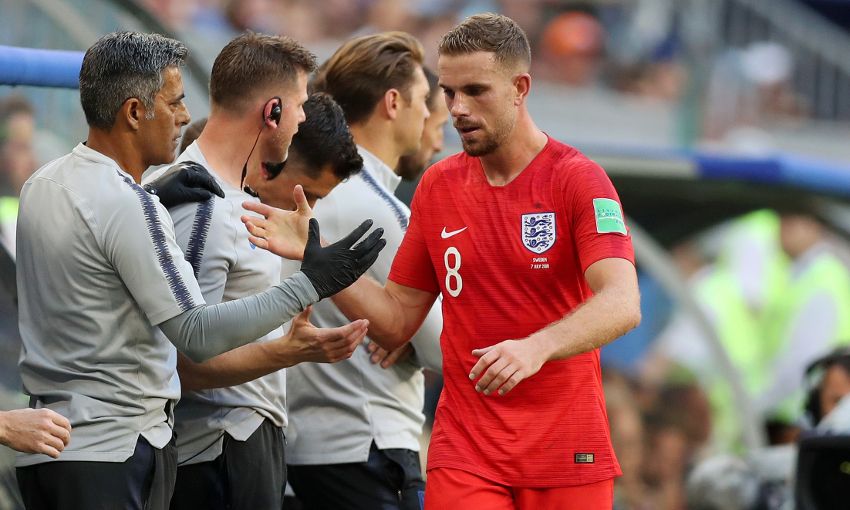 Van Dijk: I can improve in all areas - and I will

Jordan Henderson hopes to be fit to play in England's World Cup semi-final against Croatia on Wednesday.

The Liverpool midfielder was taken off five minutes from the end of the last-eight victory over Sweden at the weekend due to a tight hamstring.

But Henderson is confident the issue will not prevent him from lining up in Gareth Southgate's starting XI in Moscow.

"I was just a little bit tight before the game, so towards the last 20 minutes I just overstretched and I felt it a little bit," he said.

"But it doesn't feel too bad, so hopefully it'll be fine."

Henderson has not lost on any of his last 30 appearances for the Three Lions, a new record for the national team.

"They've been through a lot. You get an accumulation of fatigue through a tournament and that's why we took the decision we did against Belgium [to make changes] more than anything."

England face Croatia at 7pm BST on Wednesday night at the Luzhniki Stadium, with the winners to meet either Belgium or France in the final on Sunday.