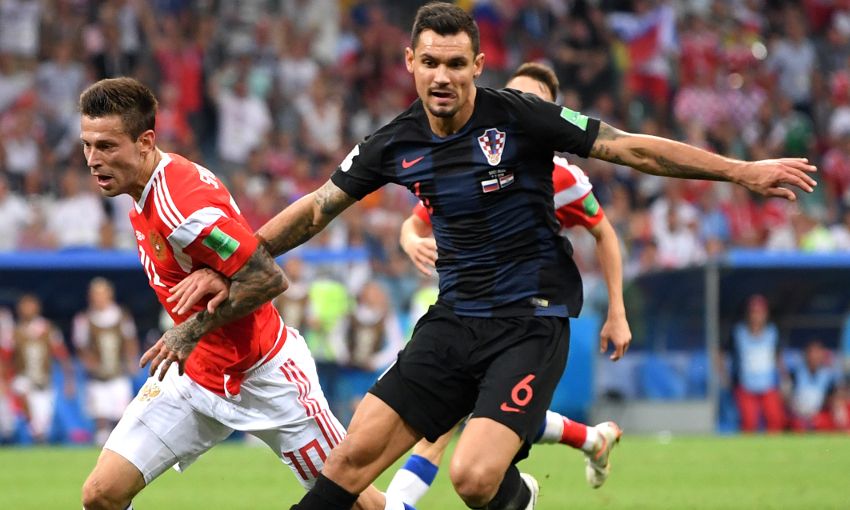 There was joy for Dejan Lovren as Croatia set up a World Cup semi-final with England after a dramatic penalty shootout win over Russia on Saturday night.

Liverpool’s No.6 played the full game in what was a gripping quarter-final tie.

Denis Cheryshev fired the hosts into a 31st minute lead with a spectacular strike but Andrej Kramaric headed home to make it 1-1 six minutes before the half-time break.

Croatia grabbed the lead in extra-time thanks to a header from Domagoj Vida following a corner, but with just six minutes to go Russia made it 2-2 when Mario Fernandes glanced home a header following a free-kick.

And it was Lovren's team that prevailed 4-3 in the shootout when Barcelona star Ivan Rakitic netted the decisive kick.