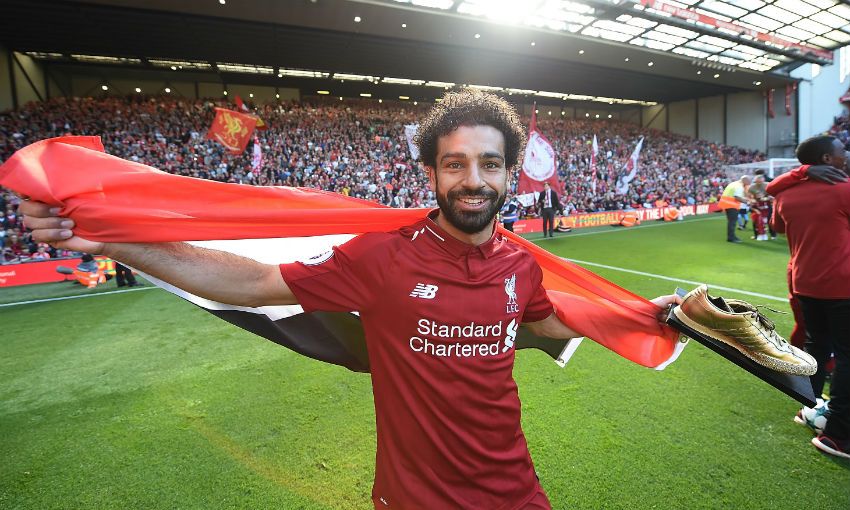 Mohamed Salah had no doubt that he would set a new benchmark for goals scored by an African player in a Premier League season - and he told the previous record holder Didier Drogba as much in February.

Liverpool forward Salah ended 2017-18 having netted 44 times for his club, with 32 of those strikes coming in the top flight - a new high in a 38-game Premier League campaign.

The prolific Egyptian reached 20 goals in the division back in February by coolly slotting home early on during the Reds’ dramatic 2-2 draw with Tottenham Hotspur at Anfield.

And Salah has revealed that, following that match, he had a chat with Drogba regarding the former Chelsea and Ivory Coast striker’s total of 29 Premier League goals he scored in 2009-10; a number he would go on to better with a brilliant header against AFC Bournemouth in April.

“When I reached 20 goals, I spoke with Didier Drogba,” the No.11 told L’Equipe Magazine. “He told me: ‘Please, break the record!’ to which I responded laughing: ‘No worries, I will!’

“And I managed [it]. So I thought to myself: ‘I have quite a few games to play before the end of the season, I can break the all-time record!.’

The vast majority of Salah’s 44 goals across all competitions in 2017-18 came while he nominally lined up on the right of Liverpool’s front three, and the 25-year-old insisted that Jürgen Klopp and his teammates deserve credit for their part in him achieving such a phenomenal tally.

“Our style of play helps. Jürgen Klopp often asks that I be at the heart of play, and remain close to the opponent’s goal,” he said.

“He knows how to get the most from his attacking players. Just look at the amount of goals we’ve scored in the Premier League and Champions League.

“From day one, he’s considered me a friend. We are close, even though he’s the boss and I’m a player. The quality of my teammates and their desire to help me score has also helped in my success. Plus, I work hard every day with that desire to improve.” 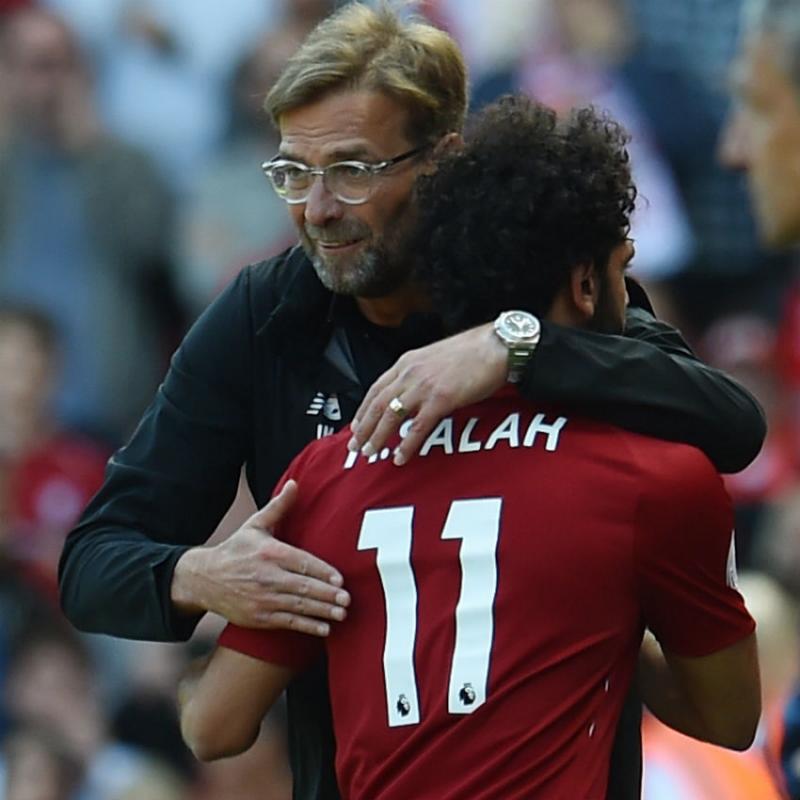 Between them, Salah, Roberto Firmino and Sadio Mane plundered 91 goals in 2017-18, with the former explaining that the lethal trio’s selflessness was key to their incredible productivity.

“This season, we have each scored plenty of goals,” Salah stated.

“We are not selfish and look to help each other shine. Off the pitch, we are friends. We are happy together.”