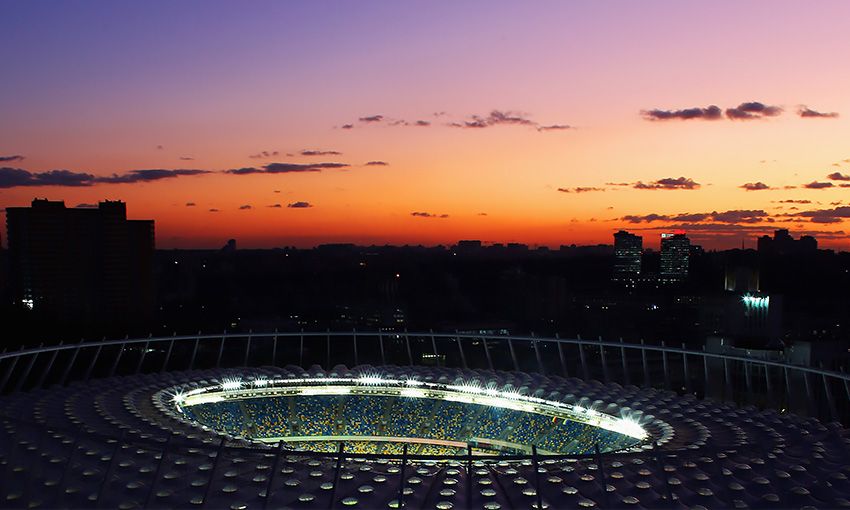 With thousands of Liverpool supporters travelling to Kiev for the Champions League final against Real Madrid on Saturday, we've put together a handy guide for the trip to Ukraine's capital.

Bestriding the river Dnipro, this historic trading city is both picturesque and vibrant, so there's plenty for travelling Reds to experience before and after the 9.45pm kick-off local time. More travel advice for supporters can be found by clicking here. 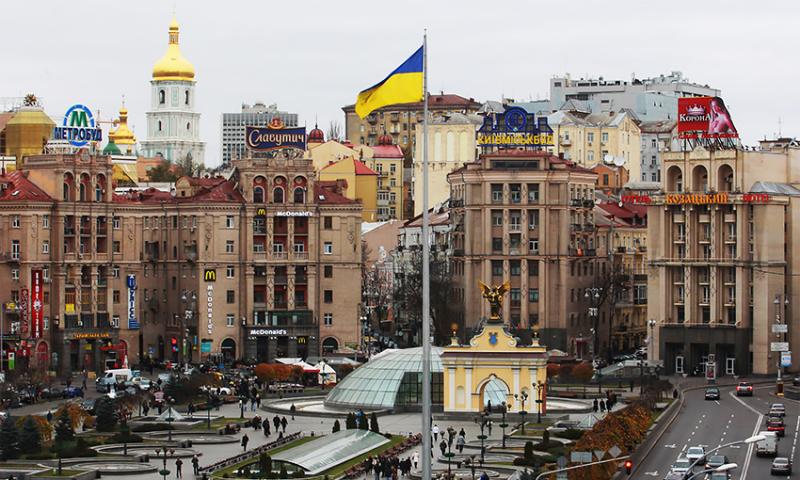 Most international flights land at Boryspil International but there is no metro or train line directly linking the airport to the centre of Kiev, where the NSC Olimpiyskiy Stadium is also located.

The most popular way to travel the 35km into the city is by taxi. A regulated service operates from the 'Official Taxi' desk in airport Arrivals where they will give you an approximate cost for your journey - usually around £11, or 400 Ukrainian Hryvnia (UAH).

You a can also get a special 24-hour Sky Bus service from Terminal D into the heart of the city for around £3 (100 UAH). Tickets can be bought at the ticket offices in Terminal D or from the driver, and services run every 15 minutes during the daytime, and every 30-45 minutes at night.

For the Champions League final, this service will also stop at the official Liverpool supporters meeting point in Taras Shevchenko Park, just south of the city centre, where there will be food, drink and entertainment.

Liverpool fans should get the bus back to the airport after the match from Shevchenko Park too. They will run every 15 minutes until 5am local time from the 30 platforms in place outside the red university building on Volodymyrska vul. Fans must show boarding passes for their flights to get on the return bus service. 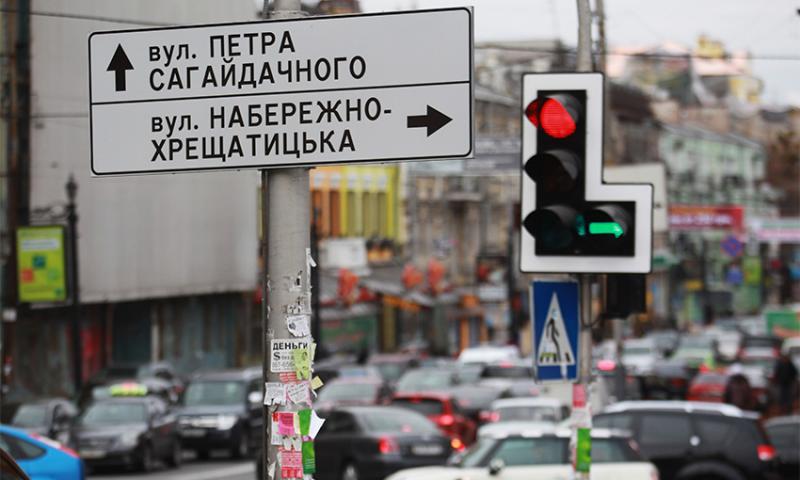 Once in the city, the best way to get around is via the metro system, which consists of three lines that converge in the centre of Kiev for easy transfer, or just walk.

To get to the NSC Olimpiyskiy Stadium, Liverpool fans are advised to use the Palats Sportu metro station on the green line.

You must purchase one orange token per journey, at 10p each (4UAH), or alternatively buy a contactless card for 30p (12UAH) and top it up at the ticket machines to avoid having to buy a token/ticket each time.

Remember that Ukraine uses a Cyrillic script and although many important signs have a more familiar translation underneath, an app like Google Translate will allow you to point your smartphone camera at some text and an instant English translation appear on-screen. 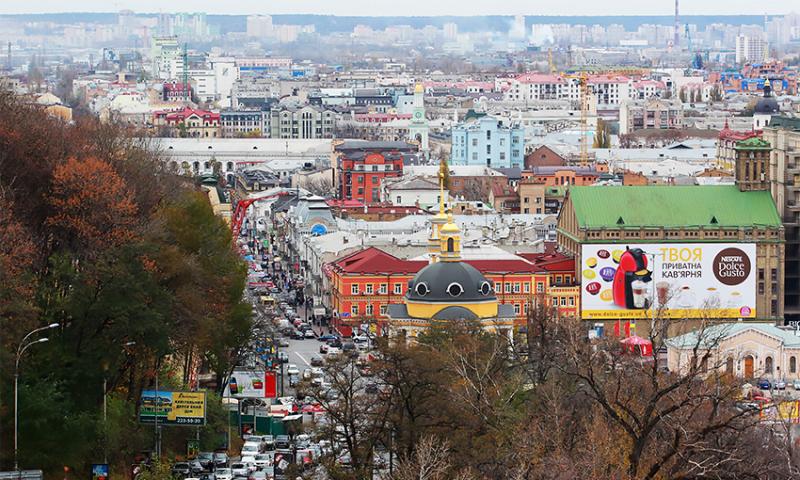 The fan meeting point in Taras Shevchenko Park, just off Voldymyrska Street, is close to the Golden Gate district of Kiev, with its many bars and restaurants.

However, nearby Khreshchatyk Street and Independence Square (Maidan Nezalezhnosti) offer a wide selection of places to eat and drink too. This is arguably the liveliest area of the city, where the pubs and clubs are often open 24 hours a day and serve food into the small hours.

If you fancy something a bit more traditional, head down to the riverside district of Podil. One of the oldest areas of Kiev, and now its most bohemian, Podil is full of historic buildings, squares, bars, cafes and restaurants.

Kiev's most popular street food is perepichka, which is essentially a sausage in deep-fried dough. The Kyivska Perepichka shop on the corner of Khreshchatyk Street and Khmelnytskyi Street is the place to go. The queues can be long but they move very quickly as the perepichka are rapidly handed out of a window kiosk.

Alternatively, why not try one of Kiev's famous pyrizhky or pirozhki; a baked or fried bun or pastry stuffed with a variety of fillings - much like a pasty - which are available all over the city.

Horilka, known as Ukrainian vodka, is the most common alcoholic drink (40 per cent) in the country, while the most popular beer Чернігівське (YePHiriBcbKe or Chernigivske) comes in many varieties, from light (4.4 per cent) to strong (7.5 per cent).

Kvass is a popular soft drink and is a bit like cola. 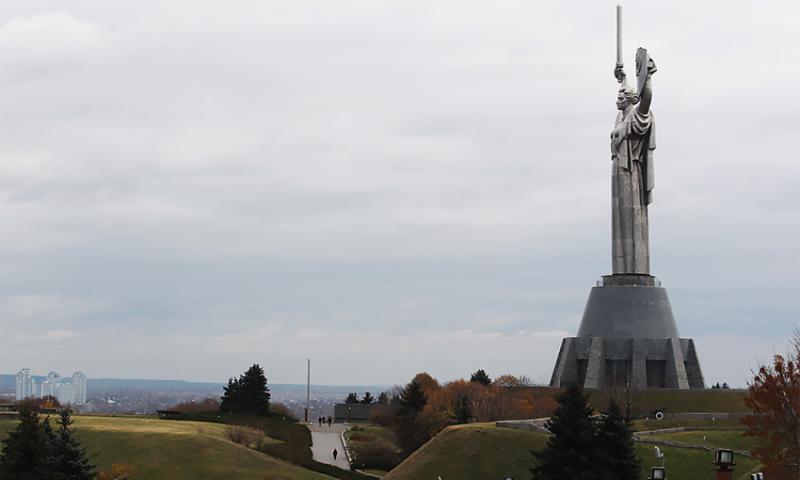 Legend has it that Kiev was founded by three East Slav brothers and their sister in the fifth century. The city is purportedly named after the eldest brother Kyi.

Whatever the truth, the Ukrainian capital certainly has a rich and multi-faceted history. It offers plenty to explore, but for those with only a limited time we've put together a one-day whistle-stop tour of some of the sights.

Start the day with a trip up one of the two monuments that battle for supremacy of Kiev's skyline - the 102m tall Motherland Monument and the 96m tall Great Bell Tower - and take in the impressive vista of the city you are about to explore.

The Great Bell Tower is part of the Pechersk Lavra UNESCO World Heritage Site, which is made up of a complex of spectacular churches and museums, while the Motherland Monument, known locally as Rodina-Mat, is part of the Museum of the History of Ukraine in World War II.

Both have entry fees (£9 and £4.70 respectively), both stand on the west bank of the Dnipro river and you could spend an entire day exploring the wider site of both, but a trip to the top of the structure will do for now.

From there, head to the Metro and across the river to Hidropark station. Once on Hidropark Island you can explore its numerous beaches and enjoy some refreshment in the bars and cafes.

There are several free beaches - such as 'Kids' beach, 'Youth' beach and 'Venice' beach - or a series of private beach clubs such as Bora Bora Beach Club and OLMECA Beach Club which cost about £10 and have bars and loungers. 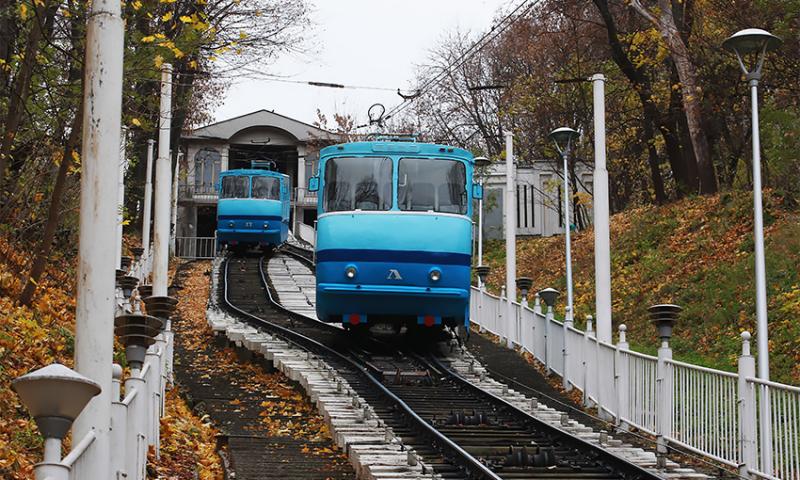 Next, head back towards the city and the Pochtovaya Ploshchad Metro Station to explore the famous Andriyivskyy Descent.

This 720-metre-long cobbled street connects the upper and lower part of Kiev's old town, is lined with historic buildings and is full of artists and craftsmen selling pictures, decorations, souvenirs and curiosities.

From Pochtovaya Ploshchad Station take the funicular railway car up the hill to Mykhailivs'ka Square, then turn down Desyatynna Street until you reach the top of the Andriyivskyy Descent.

The foot of the street leads into Podil - one of the most historic districts of Kiev - and here you can recharge your batteries in the bars and eateries.

To continue late into the night hop on the Metro to Khreshchatyk Street and its 24-hour pubs and clubs.

On matchday, the LFC fan meeting point at Taras Shevchenko Park and the UEFA Champions Festival in the city centre also offer plenty of activities and entertainment. 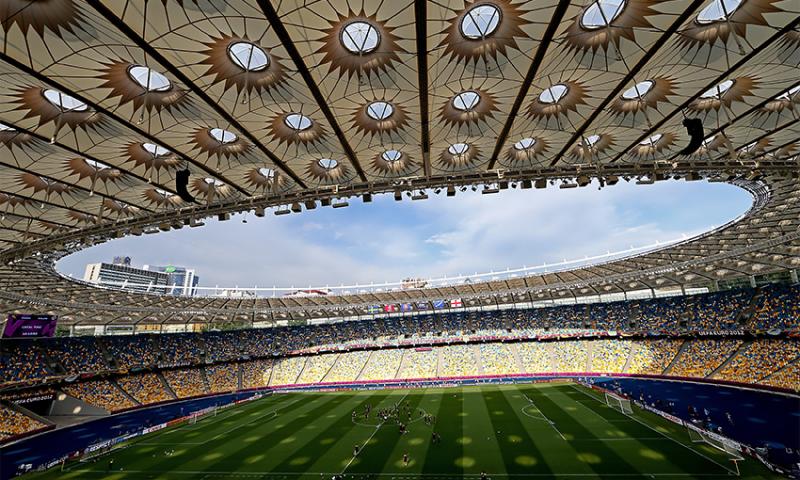 The 70,050-capacity NSC Olimpiyskiy Stadium is just south of the city centre and the best option for Reds travelling on the Metro is the Palats Sportu station.

However, it is relatively easy to walk between the stadium and the heart of Kiev with Khreschatyk Street and the LFC fan meeting point at Taras Shevchenko Park about a 15-minute walk away.

Liverpool supporters will be located in Section B of the stadium at the northern end, closest to the city centre.

The turnstiles will open at 6.45pm local time and fans are advised to arrive well before kick-off to allow for the necessary security checks.

Travel light, as only small 'daypacks' (a maximum size of 20x25x45cm) will be allowed into the stadium after searches by stewards at the outer security perimeter.

There are plenty of hotels, bars and cafes in the area, particularly to the north of the ground - between the NSC Olimpiyskiy Stadium and the city.

Known for most of its 95-year history as the Republican Stadium, it was revamped for Euro 2012 and hosted the final, when former Liverpool striker Fernando Torres scored the third goal in Spain's 4-0 win over Italy.

Dynamo Kiev - the country's most successful club with 14 Ukraine Premier League wins and 13 league titles from the old Soviet competition - made it their permanent home shortly after the European Championship, leaving their 16,873-capacity Lobanovskyi Stadium.

More LFC travel advice for supporters can be found by clicking here.

Further advice for LFC fans from the UK Government: https://www.gov.uk/government/news/liverpool-fc-v-real-madrid-travel-advice