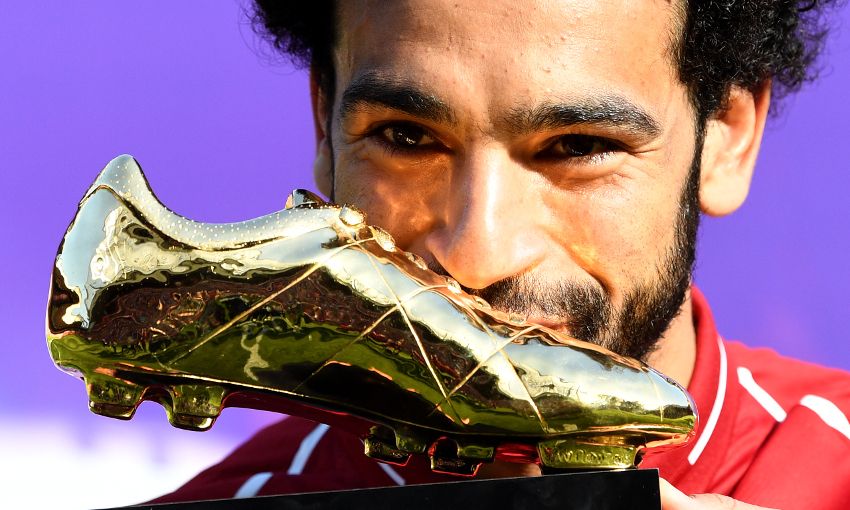 Mohamed Salah secured the Premier League Golden Boot for 2017-18 after finishing the season with 32 goals from his 36 appearances.

The Liverpool No.11 bagged the opener in the 4-0 win over Brighton and Hove Albion at Anfield to help Jürgen Klopp’s side claim fourth place in the division and Champions League qualification for next term.

In doing so, Salah also set a new Premier League record for the highest number of goals by one player in a single 38-game campaign.

The Egyptian, who has scored 44 times in all competitions during his debut Reds season, had already been named the Premier League Player of the Season earlier in the day.