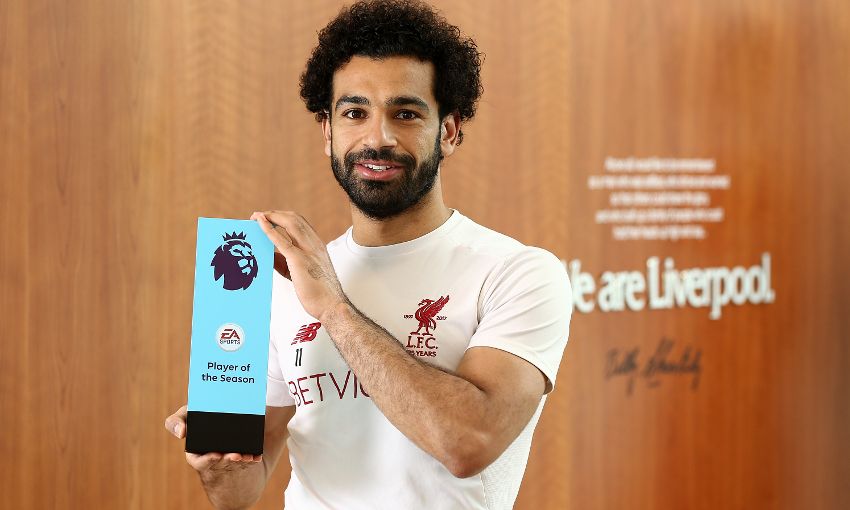 The 25-year-old has scored 31 goals in 35 appearances in the competition during his maiden campaign at Anfield, figures that see him lead the race for the Golden Boot ahead of Sunday's season finale.

Upon collecting the award at Melwood, the Egyptian said: "I'm very happy, it's an honour to win this award.

"It was always in my mind to come back to the Premier League to show the people that say I didn't succeed here the first time."

Salah went on to pay tribute to manager Jürgen Klopp, who he believes has played a key part in his emergence as one of Europe's premier goalscorers this season.

He added: "Before everything, we are friends, I like him a lot.

"He has helped me a lot to do what I'm doing now, on the field and off it, I have to thank him for everything he has done this year.

"But [there are] still two games, we have to think about that.

"I really, really respect him a lot and I'm sure we are going to do something special for the club this year."