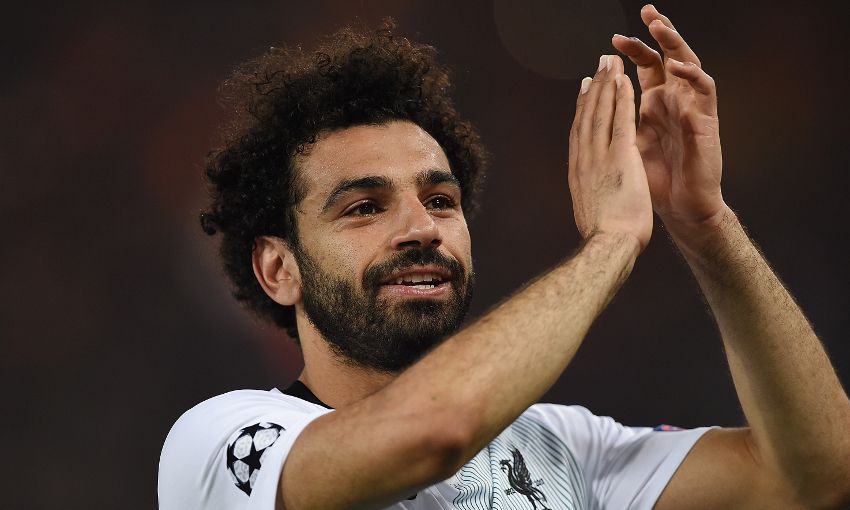 Mohamed Salah insisted Liverpool's progression over the course of 2017-18 is 'just the start' as he outlined his happiness at Anfield.

The Reds have two more fixtures to play this campaign – a home encounter with Brighton & Hove Albion on Sunday, in which they can seal a top-four finish, before the Champions League final against Real Madrid.

Nevertheless, regardless of the outcome of those matches, Salah senses this is just the beginning of a successful period for Liverpool.

"We have two games now, starting with a game on Sunday. It's a very important game and then the Champions League final but I'm very happy here.

"Of course, I have got ambitions for the future with Liverpool. As you can see, we had a great season and now we are in the Champions League final and everyone is excited.

"This is just the start. This is my first year here and it is the same for some other players. I didn't watch all the games last season of the team but this year we have had an unbelievable year.

"We are very comfortable about playing in the Champions League next season. On the way to the final we beat top teams like Manchester City and Roma. It is just the beginning for this team."

Salah was speaking on the night he collected three individual accolades following a stunning debut season with Liverpool, in which he has registered 43 goals in just 50 appearances so far.

"I am very happy to win these awards," Salah continued. "I had a good season but without the help of my teammates it would have been very difficult.

"We still have two games to go and we want to win them to make it a very good season. We have two finals to play and that's what we are focused on.

"I work hard to help my team. Now I want to finish the season in a good way.

"It's always special to play in any final. We know it's not going to be easy. But we will give 100 per cent to win the game and I am very excited about it."