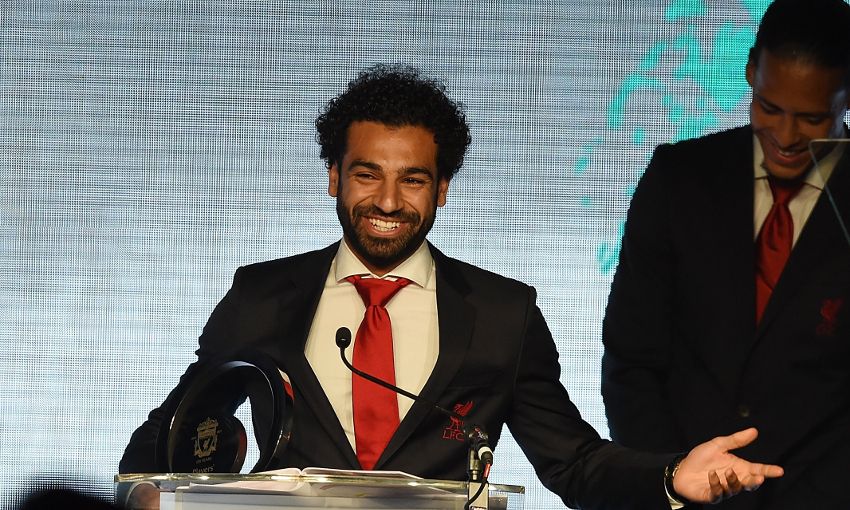 Mohamed Salah is targeting two massive wins to sign off an incredible debut season with Liverpool which was honoured by fans and teammates at the club's Players' Awards.

But, with two crucial matches remaining this month, Salah was in no mood to rest on his laurels.

The Reds require a win or draw against Brighton and Hove Albion this weekend to secure Champions League qualification for next season, and then face Real Madrid in the 2018 showpiece in Kiev.

Speaking to Liverpoolfc.com after collecting his double accolade, Salah explained exactly how he hopes to garnish a ‘special’ first campaign in the coming weeks…

Congratulations on your awards. What does it mean to you?

It’s an honour, to honest. I’m very happy to win these awards, especially from the players and the fans. I’ve had a good season but without the players it would be very difficult. We’ve had unbelievable moments together and we’ve sacrificed every day to improve ourselves. We still have two games to go and we have to win them.

Who has helped you most in this fantastic season?

All of [the players]. I can’t say only one name because all of us try to help each other to improve ourselves, to give more and to push ourselves. We are a group. We fight [for success] every day in training and in the games.

How would you sum up the season?

I work hard to help the team score goals. I’m very happy about the season – let’s finish it in a good way.

What is the target in the final two games?

How special an occasion will the Champions League final be?

It’s a special season for me and all the players. It’s very special to play a final. Everyone is very excited. It’s not going to be easy, we know that, but we will give what we have 100 per cent to win the game. I’m very excited.