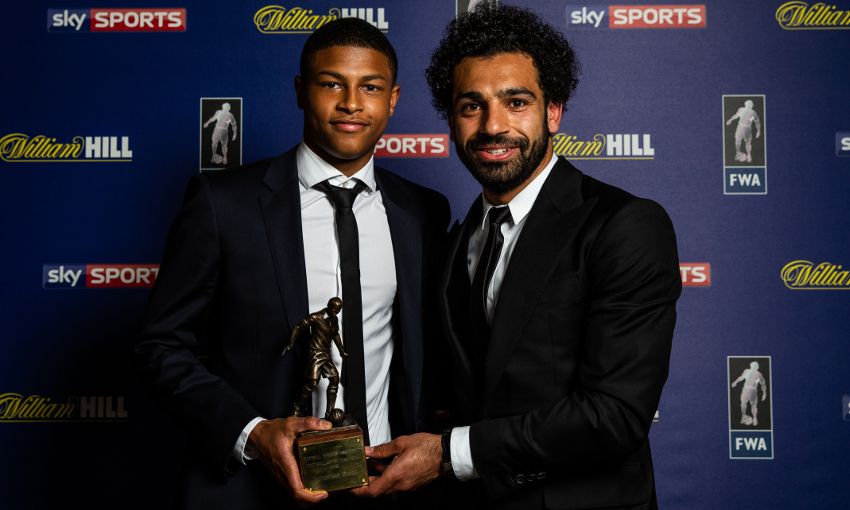 Mohamed Salah was presented with the Football Writers' Association's Footballer of the Year award in London on Thursday evening - after making a dash to the capital from the Liverpool FC Players' Awards.

Salah picked up the FWA trophy having pipped Manchester City's Kevin de Bruyne and Tottenham Hotspur striker Harry Kane to the prize, becoming the first African ever to win it in the process.

After 43 goals in 50 appearances for Liverpool this season, the No.11 was also named the Professional Footballers' Association's Player of the Year in April after winning a poll of his peers.

Academy striker Rhian Brewster was also present at the FWA dinner, and joined his teammate for the photograph above. 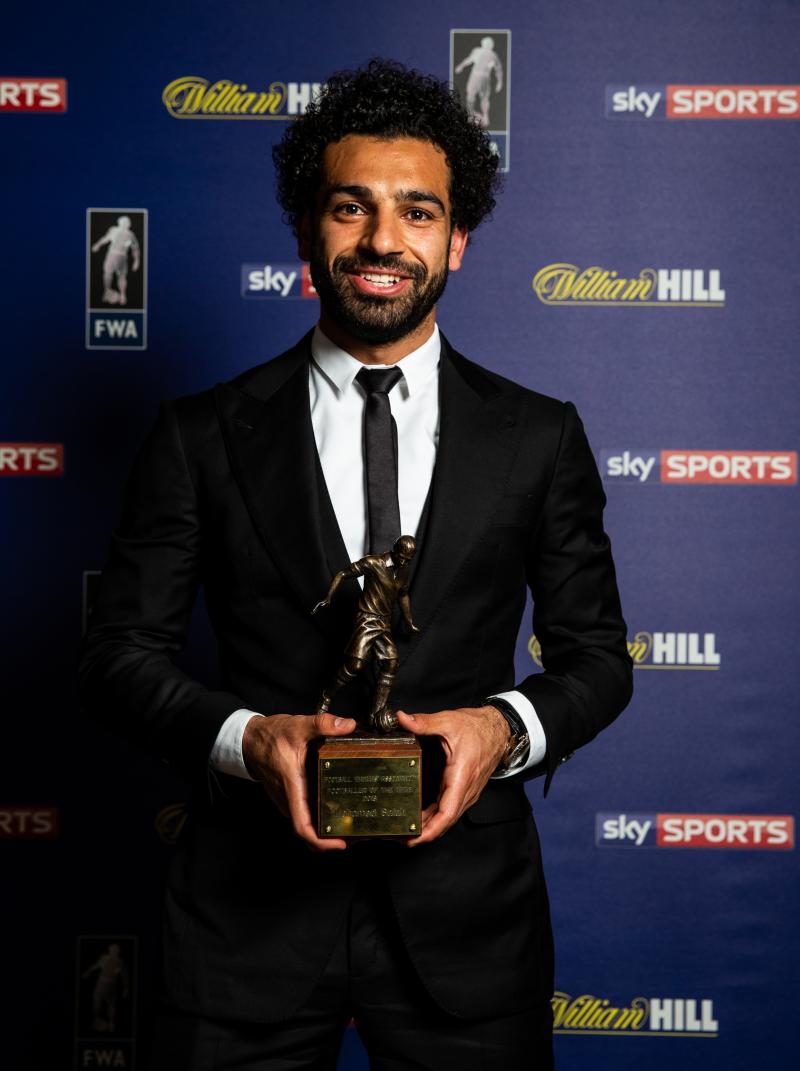