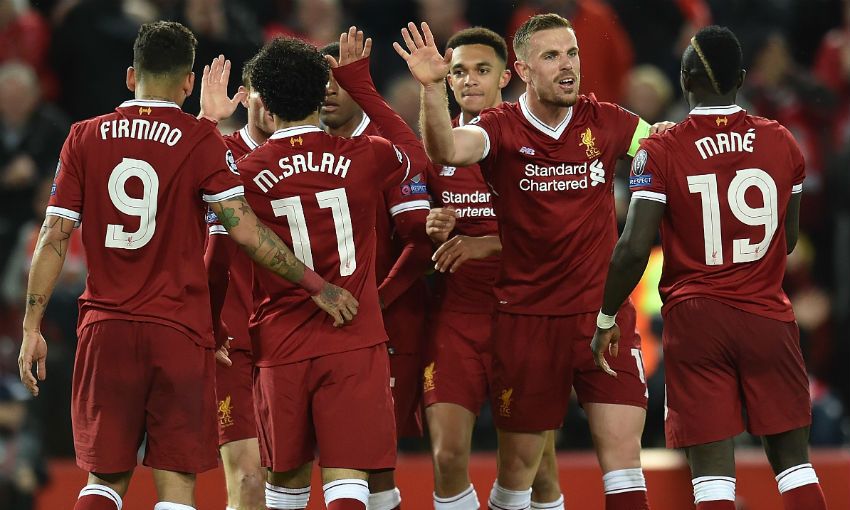 Liverpool’s lethal front three did the damage once again as AS Roma were beaten 5-2 in Tuesday’s Champions League semi-final first leg at Anfield.

Mohamed Salah opened the scoring with a wonderful curling effort 10 minutes before half-time and then added a second, his 43rd goal of the season, with a clinical dink on the stroke of the break.

The Egyptian then turned provider for both Sadio Mane and Roberto Firmino to make it three and four just after the hour mark, and the Reds’ No.9 nodded in a fifth from James Milner’s corner in the 68th minute.

Edin Dzeko and Diego Perotti, with a penalty, pulled two goals back for Roma late on, but Jürgen Klopp’s team will take a healthy lead into next Wednesday’s second leg at Stadio Olimpico.