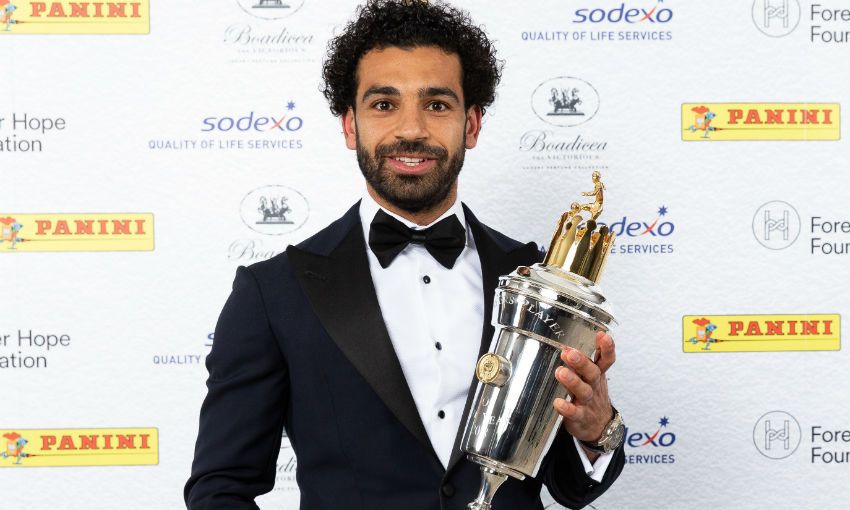 Mohamed Salah has been lauded by none other than Pele after the Liverpool forward was named the PFA Players' Player of the Year.

Salah received the prestigious accolade at a special ceremony in London on Sunday, having won the poll of his peers from the 92 Premier League and Football League clubs.

And that led to Brazil legend Pele complimenting the Egyptian, scorer of 41 goals in just 46 appearances to date in his remarkable debut season at Anfield, on Twitter on Monday.

"Congratulations on your award, @22mosalah," the three-time World Cup-winner replied to Salah's own tweet, in which he said he was 'truly honoured' to have collected the prize.

"What a season. And more to come in the Champions League and World Cup. It's been great to watch you."