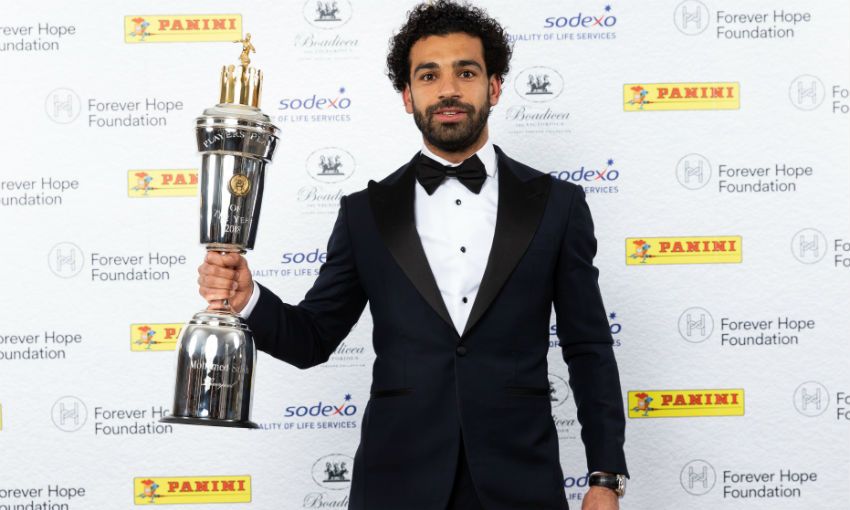 Mohamed Salah has been named the PFA Players' Player of the Year.

The Liverpool forward’s stunning debut season at Anfield was recognised by PFA members from the 92 Premier League and Football League clubs at a ceremony in London on Sunday evening.

A phenomenal tally of 41 goals in 46 appearances for his club so far this term helped Salah beat off competition from Manchester City trio Kevin De Bruyne, David Silva and Leroy Sane, as well as David de Gea (Manchester United) and Harry Kane (Tottenham Hotspur), to land the prestigious accolade.

Speaking after collecting the trophy, the Reds’ No.11 said: “I feel great. I work hard and I’m very happy to win it.

“We are very close now, in the [Champions League] semi-final, so hopefully we’re going to win it.”

When asked what has helped him maintain such outstanding form throughout the campaign, Salah replied: “I think the team. The team helped me a lot, the way we play, they help me, they pass me the ball a lot. So the team help me a lot, honestly, to perform and be in that shape.”