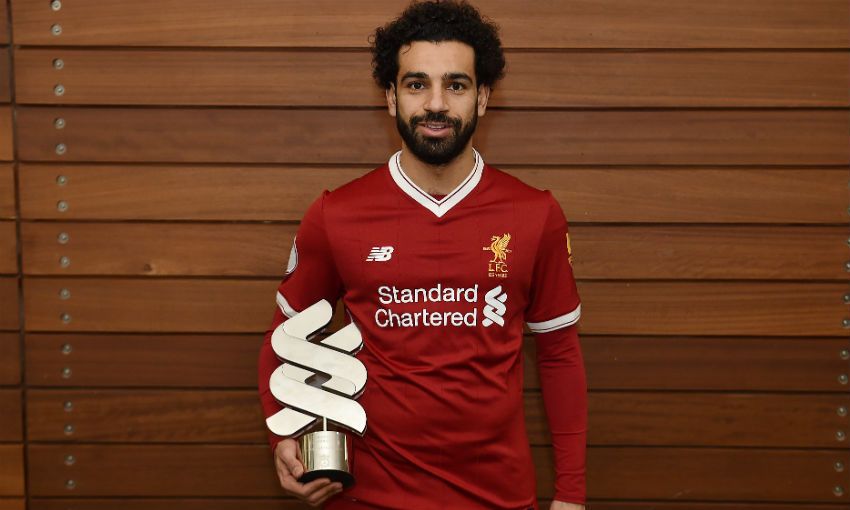 Mohamed Salah today received his sixth Standard Chartered Player of the Month award of the season for his performances in March.

The Egyptian maintained his stunning form throughout Liverpool’s five games in the period, scoring six goals – including four against Watford at Anfield and a crucial winner at Crystal Palace.

And the No.11’s efforts earned the majority of votes in our online poll of fans, comfortably seeing off competition from Andy Robertson in second place and Alex Oxlade-Chamberlain in third.

Salah, who now has 39 goals for the season, collected the trophy at Melwood on Thursday and told Liverpoolfc.com: "Thank you. I’m very happy to win it again, but as I said many times the most important thing is to win the games and to get the points. I always try to score to help the team to get the points."

When asked which of his six strikes in March was his favourite, the prolific forward found it tough to choose between two.

He said: "I don’t know, all of them are very important for me but if I [had to] choose one, it would probably be Crystal Palace because [it was] after 85 or 86 minutes, and also the hat-trick, the third one against Watford. That was a good feeling."