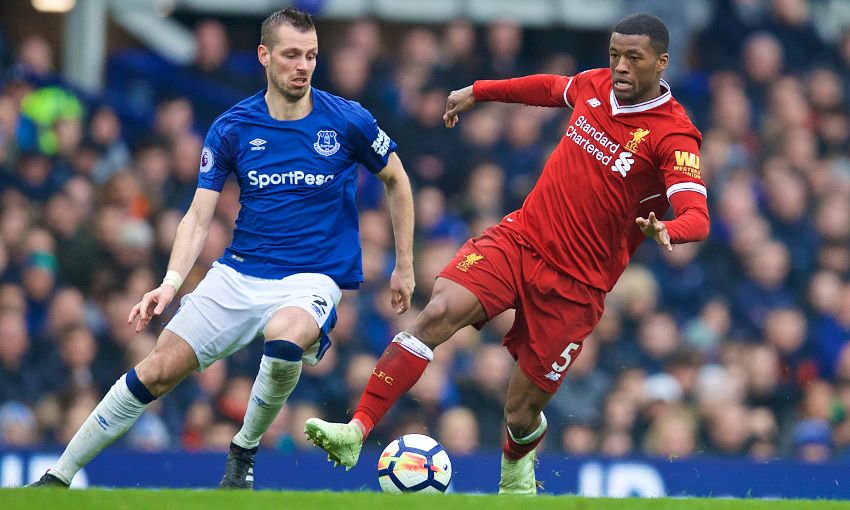 Georginio Wijnaldum hailed a 'good day' from a personal perspective at Goodison Park as he shone despite Liverpool being held to a 0-0 draw by Everton.

Deployed in an unfamiliar No.6 role, the Dutchman pulled the strings in midfield for the Reds, racking up more touches (91) and completing more passes (93.8 per cent) than any other player on the pitch.

And, though he was not particularly overjoyed with the result, Wijnaldum admitted he was pleased with his own performance.

"Sometimes you have those kinds of days," he told Liverpoolfc.com.

"It was a good day and everything went well but I've also had a few games where it didn't work, so I just tried to enjoy it.

"The manager told me the team needed me as a footballer and that's what I tried to do. It was a different position [for me] but I can play there and I think it went well."

Liverpool retained third position in the Premier League courtesy of their draw with the Toffees, meaning their bid to finish in the top four and secure Champions League qualification again remains on track.

As such, Wijnaldum was happy to have at least avoided a pointless trip across Stanley Park - an outcome threatened by a late Everton push.

"I think it was tough in the beginning, the first couple of minutes, because they were pressing, everything you might expect," he added.

"But after that I thought we were the better team, we controlled the game with quick passes and we created a few chances.

"That's how we continued in the second half but as soon as we stopped playing football they were the better team, they created a few chances from crosses and they were really dangerous.

"We almost lost the game and in the end we have to be really happy that we didn't lose the game."

LFCTV GO: The best of the derby action