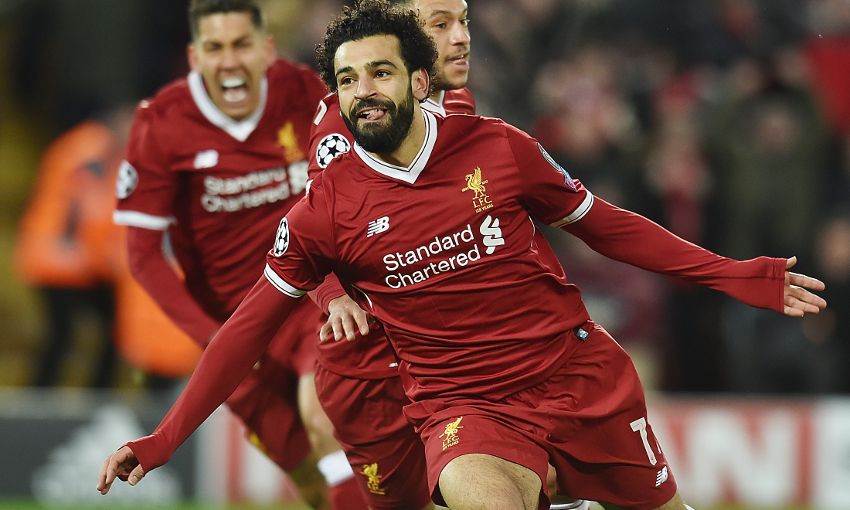 Mohamed Salah has been named as the Champions League Player of the Week.

The Egyptian scooped 57 per cent of a UEFA vote to take the accolade after his performance in Liverpool’s 3-0 win over Manchester City on Wednesday.

Salah opened the scoring against Pep Guardiola’s team and laid on an assist for Sadio Mane to head in the third.

The Reds’ No.11 saw off competition from Cristiano Ronaldo (35 per cent), James Rodriguez (five per cent) and Gerard Pique (four per cent) to claim the award.

Watch Salah's goal against City in our video below.