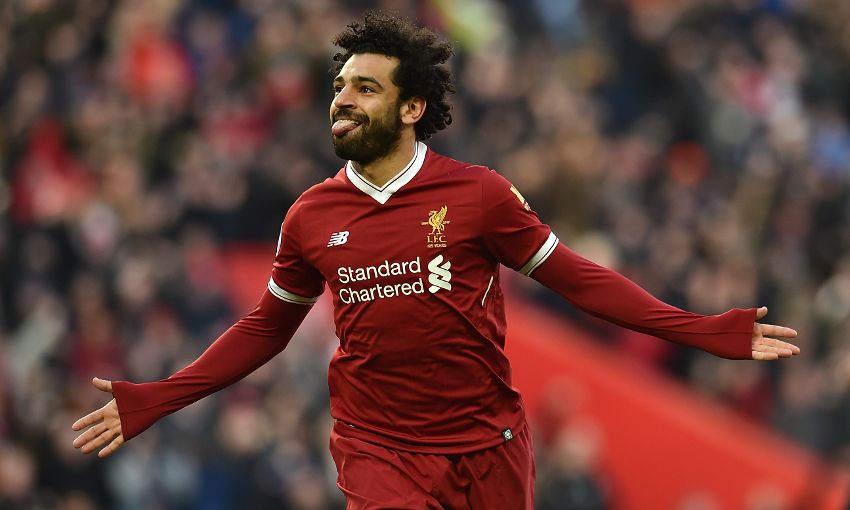 Mohamed Salah should edge out Manchester City's Kevin de Bruyne for the 2017-18 Player of the Year awards, according to John Arne Riise.

The Liverpool No.11 has created history in his first season at Anfield, plundering 36 goals in 41 games so far this term – more than any other Reds player in a debut campaign.

Salah not only leads the Premier League scoring chart but is also currently clear of Barcelona’s Lionel Messi in the race for the European Golden Shoe.

City, for whom Belgium international De Bruyne has starred throughout the season, are in pole position to wrap up the title in England and have already lifted the League Cup.

Liverpool and Pep Guardiola’s side will face off in the Champions League quarter-finals, while individual accolades could come down to a battle between the clubs too.

De Bruyne and Salah are top contenders to be honoured for their personal exploits – and former Reds defender Riise feels the latter has done enough to see off the competition.

“I haven’t seen many players do the same things he has done in the first season at a new club. He is doing things nobody expected him to do,” the Norwegian told Liverpoolfc.com.

“He didn’t have a great time at Chelsea; he was good at Roma; but now he is doing things we have never seen before.

“Being a Liverpool fan, I want him to win every personal trophy. There are a few other players who have done well this year – Kevin de Bruyne has done well for City. I think it’s going to be tight between those two but, for me, Player of the Year is definitely Mo Salah.”

The No.9 was an unstoppable force as he terrorised defences at home and in Europe to register 33 goals in all competitions – a record which Salah surpassed this month, with at least nine matches remaining.

“He’s not even a typical striker either – he’s on the right wing at times,” added Riise.

“What Torres did was unbelievable, that season he was really on fire. Now, Mo Salah is doing even better. It’s hard to imagine such a big achievement and the season isn’t even over.

“He can still do more. I don’t think even Jürgen Klopp expected him to do that.”