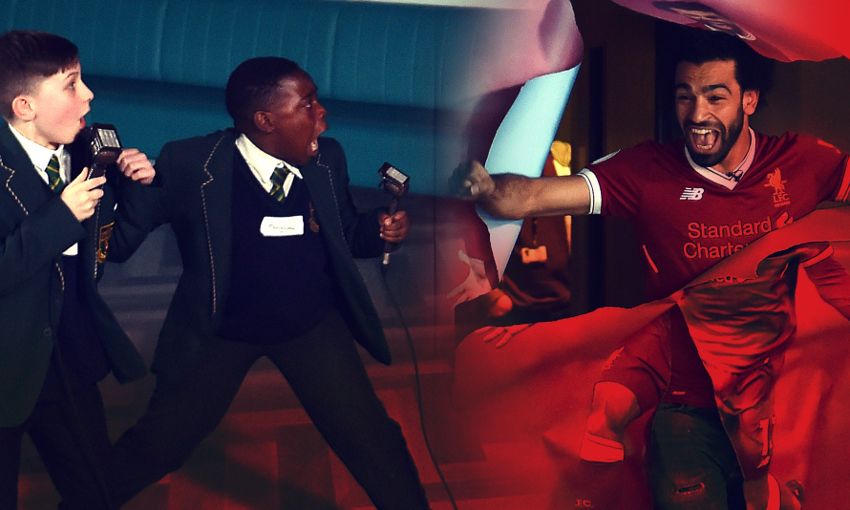 For the latest edition of Kop Kids, in association with Joie Baby, we took a group of youngsters to Anfield on the premise that they were entering a commentary competition - the prize being the chance to meet the Egyptian King at a later date.

The pupils were selected as part of the club's Red Neighbours programme and, two-by-two, picked up their microphones to describe the Reds' 4-0 victory over Arsenal earlier this season.

And then they were given a surprise they could scarcely believe.

Watching and listening from backstage, Salah waited for an opportune moment before bursting through a paper screen image of himself without any prior warning.

The reactions of the astonished participants were something to behold - and you can watch them all in the six-minute YouTube clip embedded below.