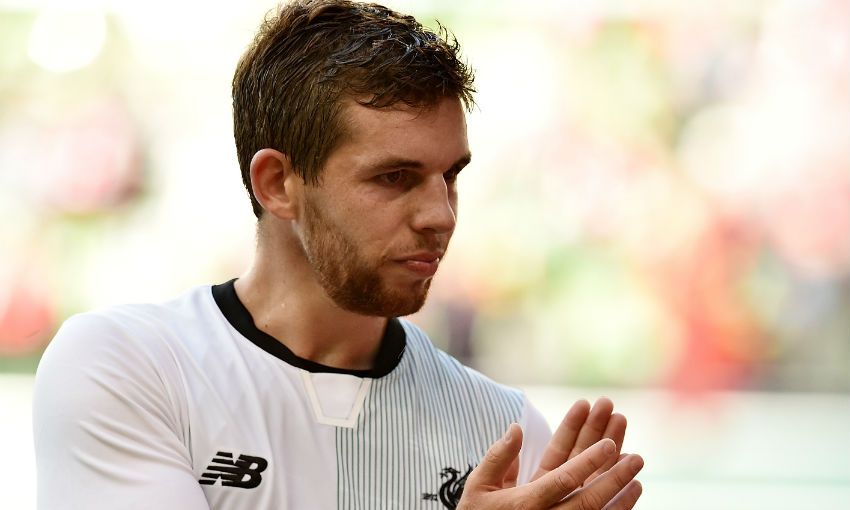 Jon Flanagan was praised by Bolton Wanderers manager Phil Parkinson after the Liverpool loanee played a key role in his side's win against Aston Villa.

Bolton boosted their hopes of avoiding relegation from the Championship with a 1-0 home victory over promotion-chasing Villa on Saturday, with Flanagan producing a crucial clearance to deny Scott Hogan a late equaliser for the visitors.

“I thought Flanno was very good tonight against a good player,” Parkinson said.

“We played him against Reading and Sheffield Wednesday in back-to-back games and we thought with a full week's training and two games that he would go up a level, and he certainly did tonight.”

There was disappointment for Reds players elsewhere in the Championship, though.

Harry Wilson and Ovie Ejaria both started as Hull City and Sunderland lost 3-0 and 2-0 to Birmingham City and Preston North End respectively, while Sheyi Ojo came on as a substitute as Fulham ceded a two-goal lead to draw 2-2 with Queens Park Rangers.

Chester boss Marcus Bignot commended Firth afterwards, explaining that the 21-year-old had displayed 'maturity and character far beyond his years' by helping the club's coaching staff in the build-up to the game.

“He's a level-headed kid, he's into his coaching side of things, he's doing his badges, and we've had to rely on him to help us off the pitch as well, so he's been a credit,” said Bignot.

On the continent, Divock Origi came off the bench in Wolfsburg's 1-0 loss to Schalke and Pedro Chirivella played the full 90 minutes of Willem II's 2-2 draw with Twente.