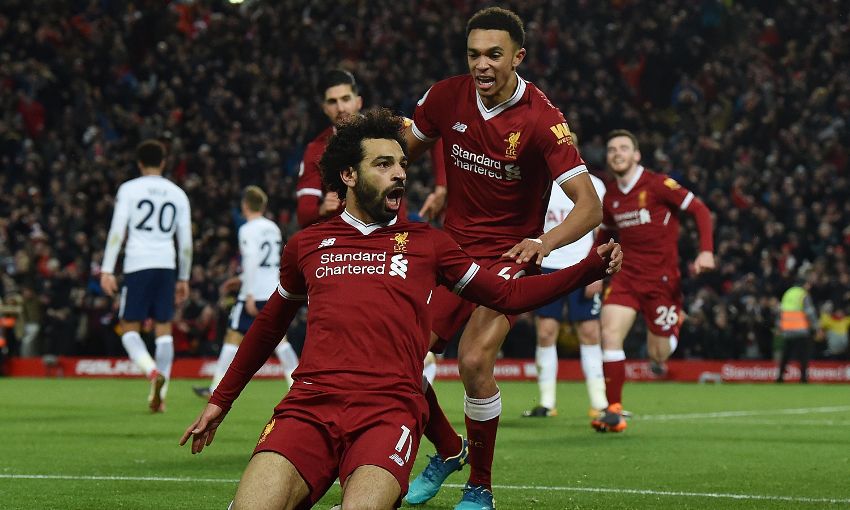 Who do you want LFC to draw in Champions League last eight?

Mohamed Salah's sensational solo effort against Tottenham Hotspur has earned the Egyptian the Goal of the Month award for February.

In the closing moments of a hard-fought Premier League clash, the No.11 slalomed between several Spurs defenders and lifted an instinctive finish over Hugo Lloris.

Though the strike was not ultimately enough for three points, it took the majority of votes in our online poll to claim the accolade of Liverpool’s best goal in the month.

Indeed, it was a clean sweep for Salah in the top three. His opener in the same game took second place while his delicate dribble and conversion at FC Porto was third.

Sadio Mane’s hat-trick clincher in Portugal, a blast from the edge of the box, took fourth and Rafael Camacho’s outstanding hit for the U19s against Manchester United completed the top five.

Watch each of them again below...