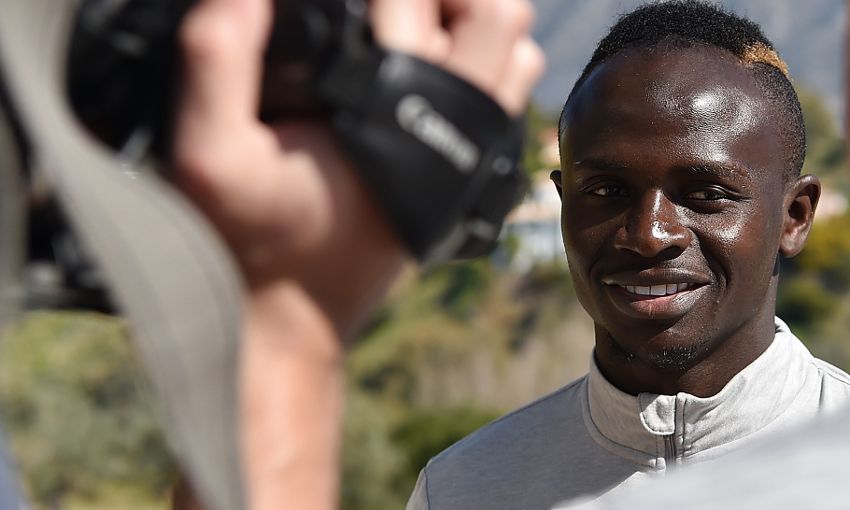 Sadio Mane is hopeful his performance in Wednesday's 5-0 victory over FC Porto is an indication he's back to his best – and believes he will take huge confidence from his three-goal showing.

The Senegal forward struck a hat-trick in the Champions League last 16, first-leg tie at the Estadio do Dragao to help Liverpool to an emphatic win.

Mane admitted recently he hasn’t been satisfied with his own form, but is optimistic his fortunes have turned for the better following the treble.

Asked whether he felt he was operating at his peak again, he told Liverpoolfc.com at the Reds’ training camp in Marbella: “I think so! It’s always important – especially for a striker – to score.

“It gives you confidence and I am feeling confident. Now I am looking forward to continuing to give my best, as I have done all of the time even when I have not been at my best.”

Mane’s performance in Porto saw him named the UEFA Champions League Player of the Week following an online vote.

The No.19 tallied 57 per cent of the total in the poll to scoop the accolade.

He continued: “I’m very happy to win the award, but the most important thing was getting the three points.

“I’m happy to have scored the three goals, but I want to score many more and progress to the next round.

“It was a big honour for me to score the hat-trick, but without my teammates I am nothing. The whole performance of the team was great on the night. We started the game well and did so right until the end, creating many chances and scoring five goals.”

“It’s not in my mind, but it would be great for me to score more goals than last season,” he said. “There’s more competition this season, but the most important thing is to score and help my team.”