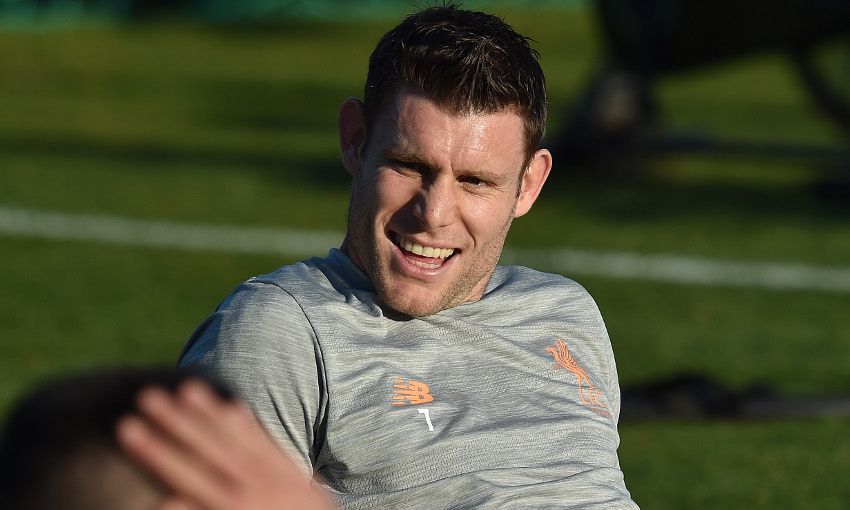 James Milner hasn't been shy of reminding his Liverpool teammates that he is the top assist-maker in this season's Champions League, Jordan Henderson has revealed.

But the Reds captain doesn't mind his 'fantastic' colleague revelling in his contributions as long as he continues in the same vein for the rest of the season.

In teeing up Roberto Firmino for the fourth goal in Wednesday's 5-0 win over FC Porto, Milner took his tally of assists in the competition proper this term to six - two more than any other player has mustered.

When that fact was put to Henderson by Liverpoolfc.com in Marbella, he joked: "He has told a few of us that over the last couple of hours, to be fair!

"He is a fantastic player. It doesn't really matter how old he is, he is as fit as anyone and you can see that on the pitch in how much he contributes to the team.

"He was brilliant again at Porto. He's got a lot of assists in the Champions League, so hopefully he can continue it."

Henderson also paid tribute to another teammate who extended a recent run of good form in starring out at Estadio do Dragao - left-back Andy Robertson.

"He has been brilliant over the last couple of months," the No.14 said of the Scot.

"He has settled in really well and against Porto going forward, he was fantastic.

"On and off the field Robbo has been brilliant and hopefully he's another one who can continue his form and keep it going for the rest of the season."

However, the skipper went on to insist that every member of the squad deserves plaudits for what was an impressive performance from front to back in Portugal.

Henderson continued: "It doesn't really matter who gets praise, but it was a whole team performance right from the goalkeeper to the front.

"I felt everybody did their job really well and that's why you win how we did. We need to do that more consistently, every week, no matter who we're playing.

"That's easier said than done at times, but that's what we've got to try to do and we look forward to the next few games."