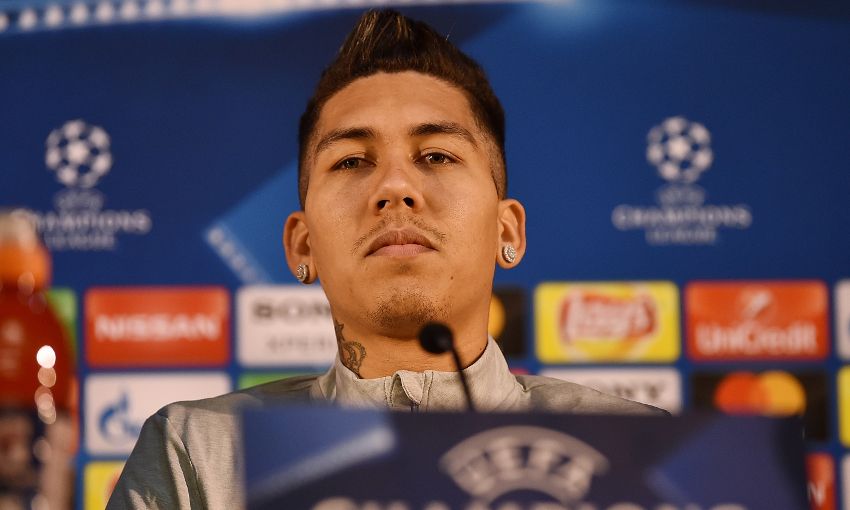 Roberto Firmino is confident Liverpool have the quality to make Wednesday a difficult evening for FC Porto, as the sides prepare for their Champions League contest.

The Reds – who are unbeaten in eight games in the competition this season – arrived in Portugal on Tuesday afternoon ahead of the first leg of their last-16 clash at Estadio do Dragao.

Before participating in a training session at the stadium, Firmino took questions from the media during a press conference – discussing Liverpool’s status in the tournament, the opponents, his growing role in the team, and more.

Read on for a transcript…

Do you agree that big teams in Europe will be scared to face Liverpool?

I don’t know if they’re going to be ‘afraid’ or not but we are going to make their life difficult, that’s for sure. We want to make them suffer.

How much help can you give Mo Salah in his goalscoring and him becoming the Premier League’s top scorer this season?

I’m going to do what I can to help him, of course, and all the team – and also make something for myself. And I want to make it a good season.

What do you hope to gain from the training camp in Spain that will follow this game?

The objective of the camp is to prepare ourselves, to prepare the team for the games coming up in the Premier League.

How much do you know about Porto?

They are an excellent team with tradition in the Champions League. It’s going to be a tough game and we’ll have to play our best tomorrow.

Only Cristiano Ronaldo has scored more goals than you in the Champions League this season. Do you believe you belong alongside those kinds of players now?

I only focus on playing a good game. If you play a good game, the goals will appear. I’m trying to give my maximum, not only for me but for the team, and I’m trying to be alongside those great players.

Are you relishing being more of a leader in the team after the departure of Philippe Coutinho?

Yes, of course. Coutinho is a great player but we have substituted him with no problem. Everybody has great responsibility but that’s our job, to deal with that responsibility.

What are the strong points of Porto?

I know a little bit about them. We haven’t seen the video yet, but I know they are going to be physically and tactically strong tomorrow.

Do you know Porto’s Brazilian players, Alex Telles in particular and do you think he has a chance to play for Brazil?

I know him a little bit. I know he’s a great player, both offensively and defensively. It depends on his season with Porto and the Brazilian national team coach.