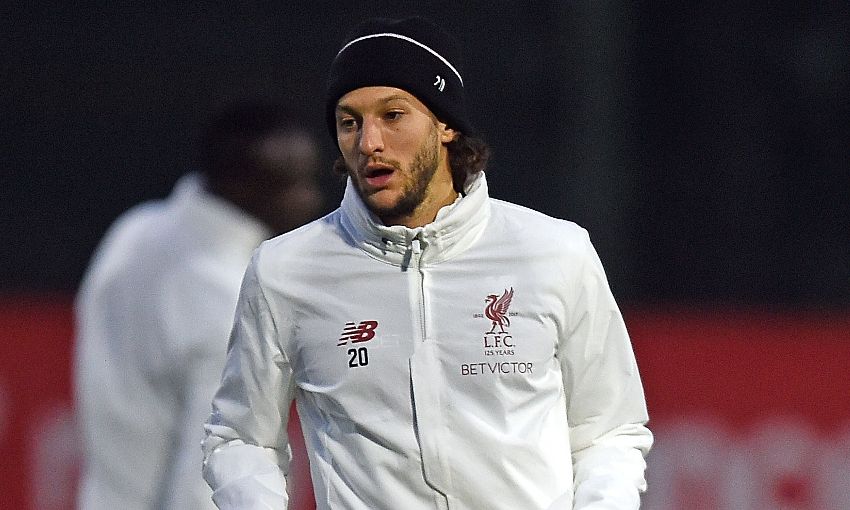 Adam Lallana could return to the squad for Liverpool’s Premier League clash at Southampton on Sunday, Jürgen Klopp has confirmed.

The playmaker hasn’t figured for the Reds since the defeat at Swansea City on January 22 due to a recurrence of a small muscle tear.

However, having gained 60 minutes of match action during an U23s fixture with Tottenham Hotspur on Monday – a run-out that was cut short by a red card – Lallana is in contention to be included in the travelling squad for St Mary’s.

Klopp told his pre-match press conference: “He is for sure an option for the squad, but an option for the first XI? I would think not in the moment, but maybe I can sleep twice before we play Southampton so maybe I will change my mind on this. We will see.

“How it always is with Adam, he is in good shape, really quick, he looks fresh and looks good and you think ‘what can we do with him?’ but we did it twice now.

“I don’t think it was too early when we did it, but it happened twice so we need to settle a little and then use Adam. There are still, I don’t know, hopefully 18, 19, 20 games to go for us and that’s enough for him.”

Lallana joined Danny Ings, Dominic Solanke and Ben Woodburn in the U23s line-up at Spurs, though they went down 1-0 on a disappointing evening at Stevenage FC.

The No.20 was shown a straight red card on the hour mark for an altercation with opposing defender George Marsh – and Klopp admits both he and the player himself were disappointed by the reaction.

The manager explained: “We wanted him [to play] – not only him, but all the boys [to take part]. Alberto Moreno as well, but he had a little problem so he couldn’t play. We wanted [Adam] to have match time and he had 60 minutes, around about.

“[The red card] was not nice, I spoke to him, of course, about that and it’s not how it should be. He’s not happy about it, but meanwhile I understand why it happened – that’s what I thought in the first moment, it was not the challenge before the situation, it was another challenge before that.