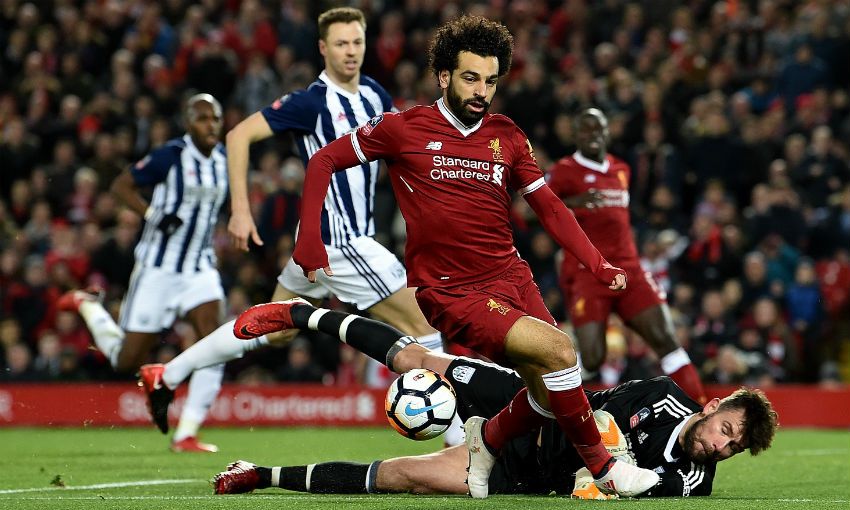 A 3-2 defeat to West Bromwich Albion saw Liverpool eliminated from the FA Cup on Saturday evening.

Roberto Firmino’s delicate chip gave the Reds an early lead at Anfield, but Jay Rodriguez equalised almost immediately and, by the 10th minute, the Baggies forward had struck again to make it 2-1.

Craig Dawson then had a goal ruled out with the intervention of the Video Assistant Referee before the VAR awarded Liverpool a penalty after Jake Livermore had pulled Mohamed Salah back in the area.

Firmino, though, hit the underside of the crossbar with his spot-kick and West Brom went in at the break 3-1 up thanks to Joel Matip’s own goal in first-half injury time.

Salah pulled one back with 13 minutes left, but Alan Pardew’s side saw the game out to progress to round five at the Reds’ expense.

Check out the story of the game in pictorial form below...