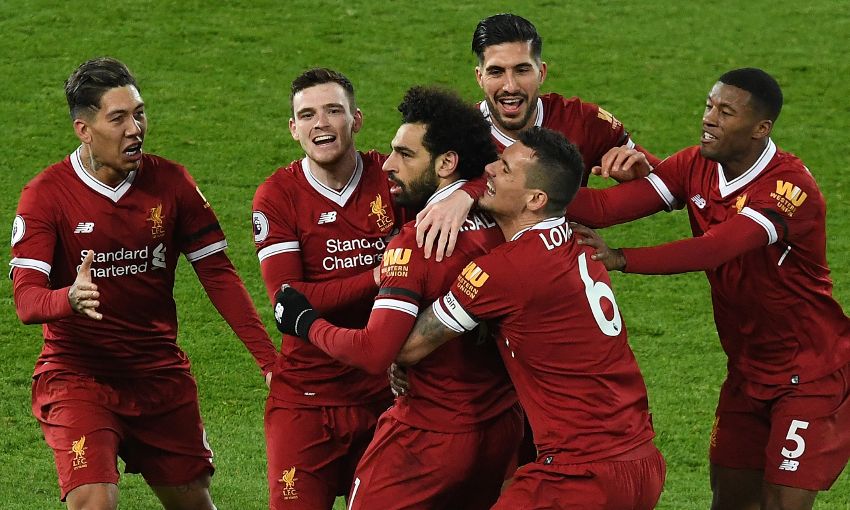 LFC 4-3 City: Watch the best of the seven-goal thriller

Liverpool left Dejan Lovren with chills during the 10-minute blitz that put Manchester City on the brink of their first Premier League defeat of the season.

The division’s two most prolific teams locked horns at Anfield on Sunday and were on level terms at the halfway stage, after goals from Alex Oxlade-Chamberlain and Leroy Sane.

What followed was spectacular.

Roberto Firmino’s roll around John Stones and deft dink over Ederson paved the way for Sadio Mane to smack home an unstoppable third and Mohamed Salah to loop a fourth over the City goalkeeper when he failed to adequately clear an attack.

The visitors rallied and threatened a comeback as Bernardo Silva and Ilkay Gundogan beat Loris Karius, but the damage earlier in the period was too significant to recover from.

Lovren, who captained the Reds on the day, admitted the second-half passage of play which effectively decided the outcome was a wonder to witness.

“You get chills. You feel that the crowd is taking you [forward] and you have big support at your back,” the defender told Liverpoolfc.com.

“We knew we could score goals against them because they like to play football; if we defended well and took the ball into their half, we could score.

“We believed from the first second we were the better team. That is the key point.

“If you think about City and how many goals they have scored, you will be a little bit afraid. But Jürgen [Klopp] told us to keep playing football and being aggressive – and that’s what we did.”

Lovren spoke positively in the build-up to the match, insisting that Liverpool should not flinch in the face of the 22-game unbeaten run Pep Guardiola’s side had recorded in the Premier League.

And the centre-back felt the fact the hosts fulfilled that task made them worthy winners.

“We showed from the first minute that we deserved this win. It was an unbelievable match to play in,” the No.6 reflected.

“We showed our quality from the beginning, we believed from the first second. In the last 15 minutes we shouldn’t have dropped too deep, maybe it was automatic as we were defending together. But we learned from previous games.

“It was a brilliant game by everyone.”