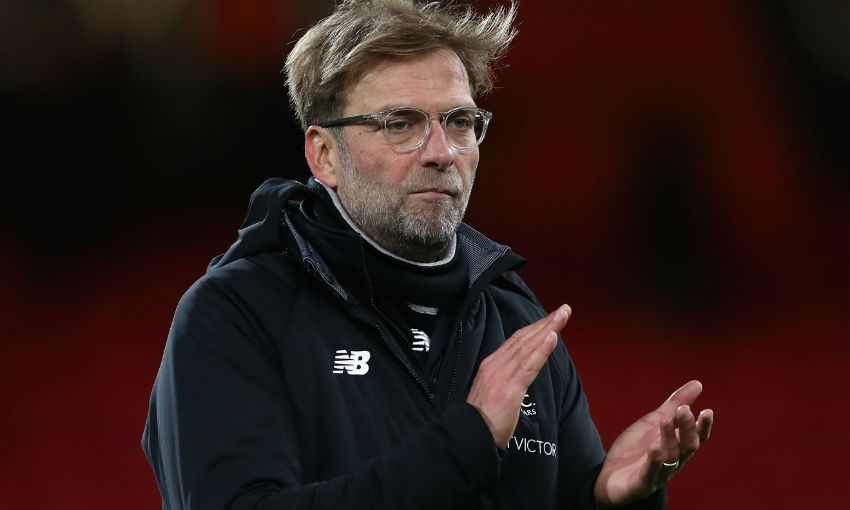 'It'll be an open game - and that could suit Liverpool'

Liverpool’s improved solidity in recent weeks has pleased Jürgen Klopp, but the manager is aware of the need for his whole team to be ‘spot on’ defensively against Arsenal.

The Reds head to Emirates Stadium on Friday having conceded just twice in their last six matches across all competitions.

Indeed, in the 12 outings since their 4-1 defeat at Tottenham Hotspur in late October, Klopp’s side have seen only seven goals scored against them, with three of those coming in last month’s helter-skelter 3-3 draw with Sevilla.

Ahead of their return to north London later this week, Klopp was asked to detail what had altered in Liverpool’s defensive set-up in the aftermath of that chastening afternoon at Wembley.

“It’s not really a change, to be honest. It’s not that we said ‘OK, from now we do it differently’, no, the boys needed to be more aware of the different situations [and] not only the defenders, of course,” the boss told his pre-match press conference.

“So we need to be much more responsible in different moments to avoid different passes, stuff like this. We did this very often; we conceded, unfortunately, nine goals in two games so all the rest was kind of OK.

“We are a team that are very offensive-orientated, but that doesn’t mean you have to give any space away. The boys did well in different systems, which I really like because that’s the biggest improvement, but only because they now do the jobs more often.

“But even against Bournemouth, which was obviously an impressive performance, when Jermain Defoe hit the post that not good defending. It was good pass but it should be defended. Not by the centre-halves, earlier. Then keeping the line for the offside or if you’re a bit deeper you have to react in the situation differently.

“There are things to work on, that’s how football is, but over the whole season that’s absolutely OK. Of course the numbers are important…but that’s the past.

“We have to be ready for a different challenge on Friday. It’s Arsenal and they have quite a talented group there and they can create chances as well. We need to be spot on, but all the players need to be spot on in this specific part of the game.”

Clashes between Liverpool and Arsenal have tended to be high-scoring affairs in recent years, with the four Premier League meetings since Klopp became the Reds’ manager in October 2015 featuring 21 goals.

Klopp, though, does not feel the two teams are comparable in terms of style - although he praised the Gunners as a ‘complete’ side.

“I’m not sure there a lot of similarities, to be honest. Against us most of the time Giroud played even if he didn’t play the game before or the game after from the beginning, so that says a little bit about the style Arsenal have chosen against us very often,” the boss said.

“Since yesterday maybe we know a little bit more about the line-up, so that means a lot of good, good footballers on the pitch. That means on the one hand side we have to defend them in the best way we can and on the other hand side of course it means that if there are any spaces, any gaps we can use, then we have to.

“I don’t know if there will be a lot of goals again, but we go there to perform and get as much as we can. We know that’s difficult but in this moment I feel as well that it’s possible and we should try.”