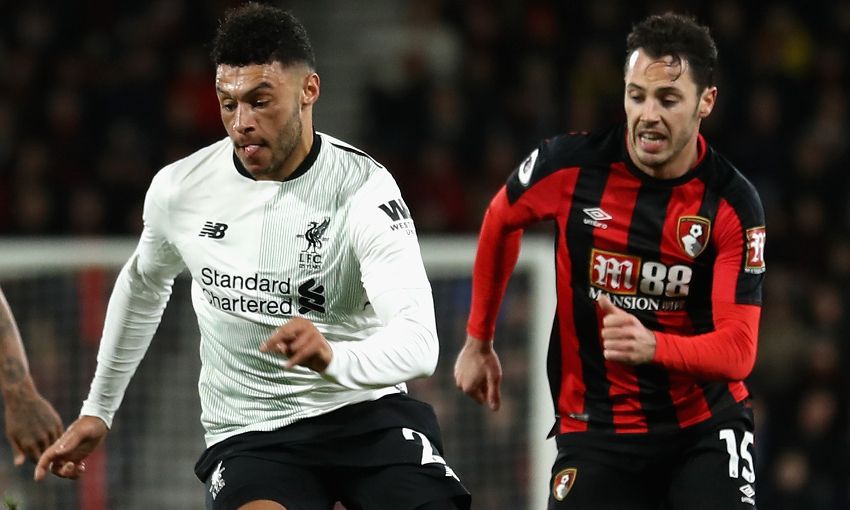 Alex Oxlade-Chamberlain followed up another impressive personal display for Liverpool by insisting fans have not yet seen his best for the club.

The summer signing was an instrumental figure as Jürgen Klopp’s side claimed a handsome 4-0 win at Bournemouth on Sunday evening.

Philippe Coutinho, Dejan Lovren, Mohamed Salah and Roberto Firmino got the goals but Oxlade-Chamberlain deservedly earned plaudits for his efforts from midfield too.

But asked after the match whether Reds fans are now seeing the Englishman at the top of his game, he pledged that there is more in his tank to look forward to.

Watch: The best of the 4-0 win against Bournemouth

“Not yet, definitely not yet,” Oxlade-Chamberlain told Liverpoolfc.com.

“I feel like I’m settled in now, and I’m learning the ropes and my roles and responsibilities. That’s always the thing that’s hard to adapt to. Once you get comfortable with that, you can start to relax more.

“I’ve been doing better and it has been coming, but there’s definitely more to come from me. And I’ll be doing everything I can to bring that out.” 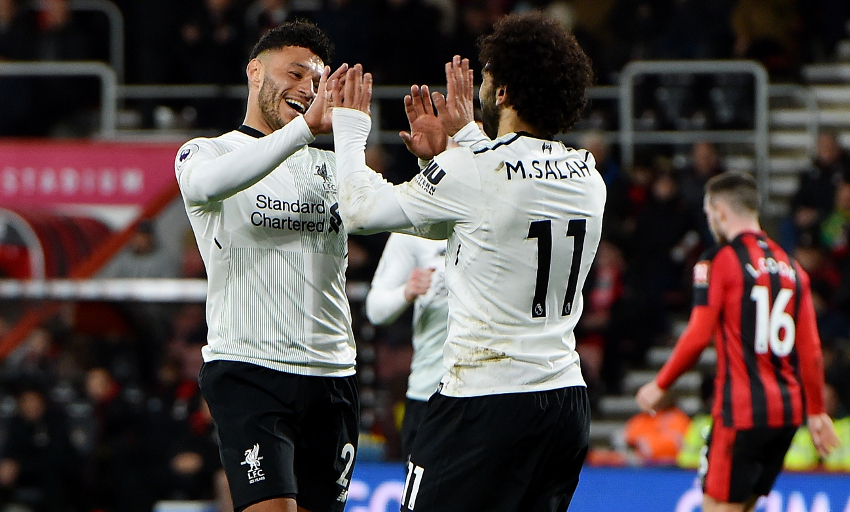 The manager described Liverpool’s performance on the south coast as ‘the full package’.

“We set the trap, win the ball high and then we go. And when we go, we know we can be devastating,” said Oxlade-Chamberlain.

“It’s nice to be a part of. It’s great that the attacking boys have been doing well. But I think you’ve got to give big credit to people like Dejan and Raggy at the back as well; when you dominate games you can always be caught on the counter, especially with people like Defoe up front and King in the first half, who are good at running in behind. They had to be really switched on and they did it all through the game.

“It’s what we needed, three points were crucial. We didn’t really mind how we got them today.

“It’s obviously nicer when you can do it with a big gap and a great performance. We did that. But, ultimately, we just needed the three points – that was crucial.”

The result lifted the Reds up to fourth in the Premier League table, with Oxlade-Chamberlain’s former club, Arsenal, next up in a heavyweight encounter on Friday night.

“It will be a special occasion for me, full of emotion I’m sure,” he added.

“We’re in good form and we’ll be going there full of confidence and looking for three points. I hope we can put together a good performance, fight all the way through the game and come out with the right result.”